We kicked off our TCO18 Regional Events with the Warsaw regionals on May 13. After a great event last year, we decided to come back to Warsaw.
TCO Regional events gives members in the region a great chance to meet, interact and compete against each other. The Warsaw regionals didn’t disappoint on any of those accounts!
I was looking at the registrants a day before the event, expecting the contest will be an exciting one. This year we also had many new members coming down to compete alongside the old timers. It was great to see TCO Champions Petr and Egor fly down to Warsaw to compete. 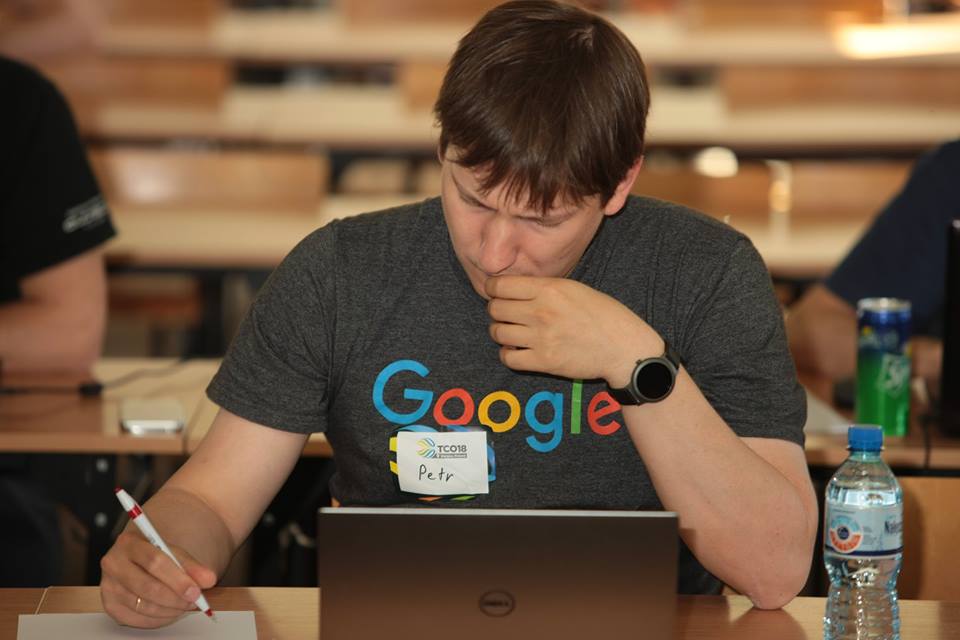 Seeing the mix of veterans and newbies, we could gauge how exciting the contest was going to be.
It is always great to see members interacting with each other and yes, personally it’s nice to meet new members and members who are now friends.
We interacted for 45 mins – with some snacks and soft drinks – before we officially kicked off the event. After the official welcome – I shared some algorithm track updates with members around the new arena we are building, the revamping of the tutorials and editorials. 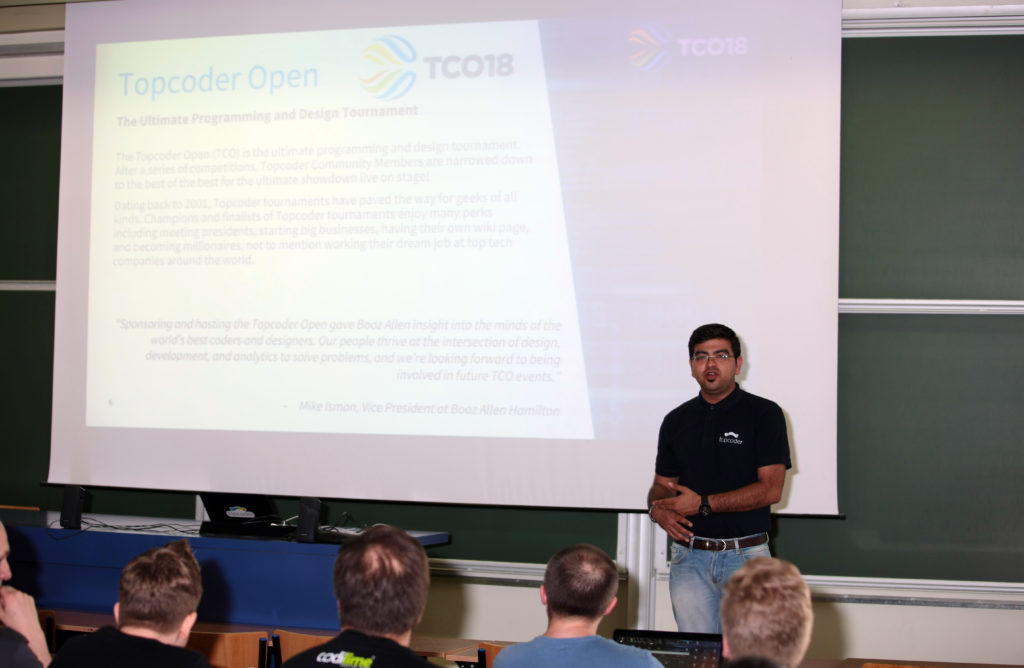 The official welcome was followed by a session from 5 time Marathon TCO Finalist Mojito1. He discussed his Topcoder journey and how one should be approaching Marathon Matches. He also emphasized on the difference between Algorithm Matches and Marathon Matches. 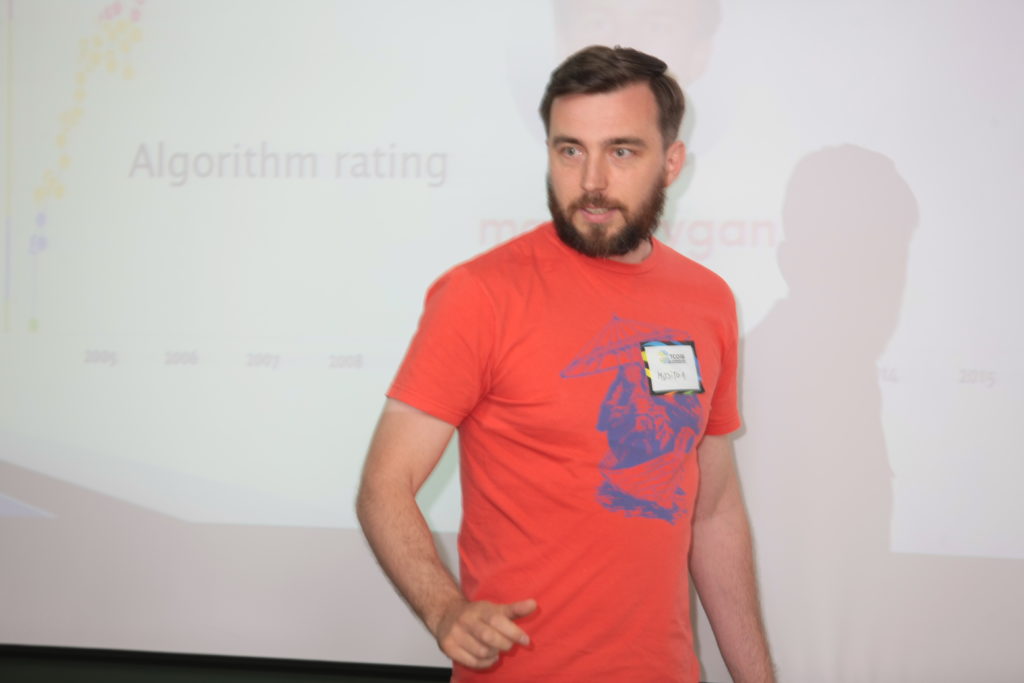 Right after the session, it was time for the contest. Everybody got settled, plugged in their laptops, found their comfortable spots, and got ready to compete. After the round began, we saw most of the competitors solve the 250 point problem quickly. 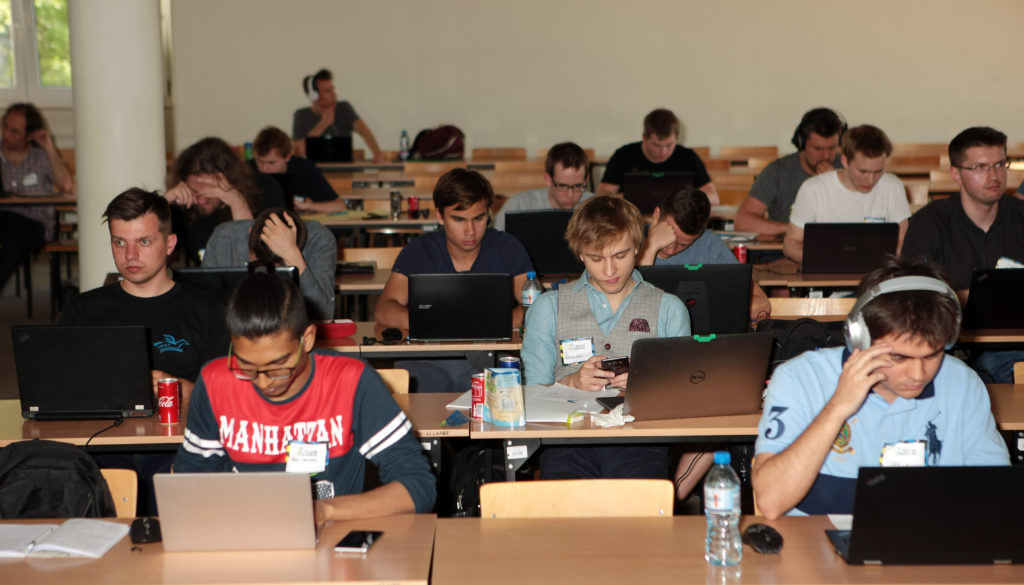 The 500 point problem was a little more tricky than the 1000 ones. Around 40 mins into the contest, about 10 competitors had solved the 1000 one and within next 15 mins 5-6 had all the three completed.
In the 500 point problem, we were given two integers A and B (B-A ≤ 2000). We were to look for a set of pairs of numbers that satisfies the following conditions (let K denote the size of the set):,

The task was to find a set with the maximum possible size K.
The challenge phase was an interesting one as the leaderboard fluctuated between Swistakk, Egor and Petr at the top. Eventually, Petr ended challenging more, thus ending at the top. 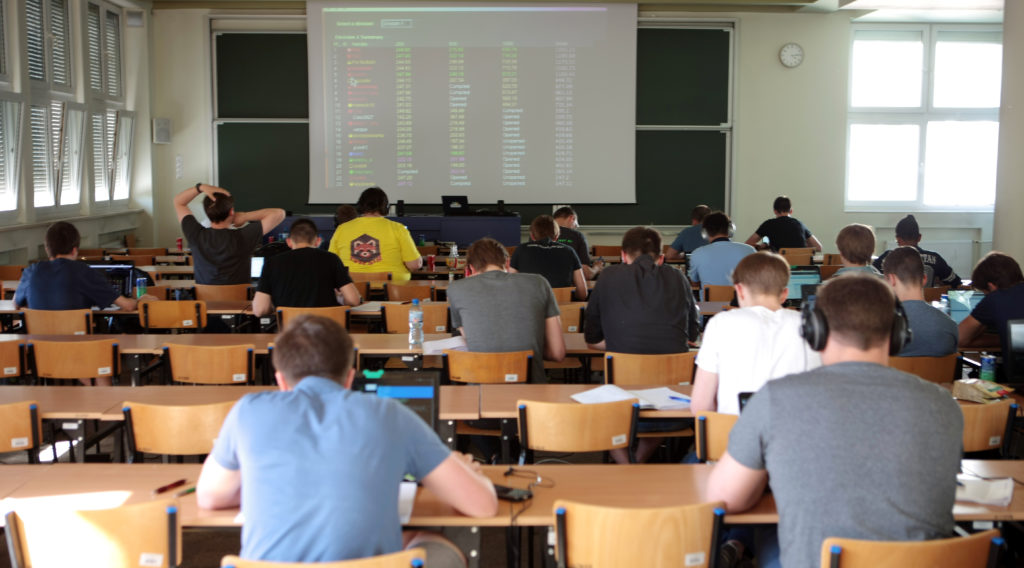 This year we added Problem Set Analysis to the TCO Regionals. Errichto agreed to do the analysis and explained the solutions. A big thank you to Errichto for the detailed descriptions of the solutions.
The fun did not end here! Claygirl had organized an amazing VR after party. Most of the competitors came down and enjoyed the VR games with pizzas and drinks to end the amazing day with more fun and enjoyment! 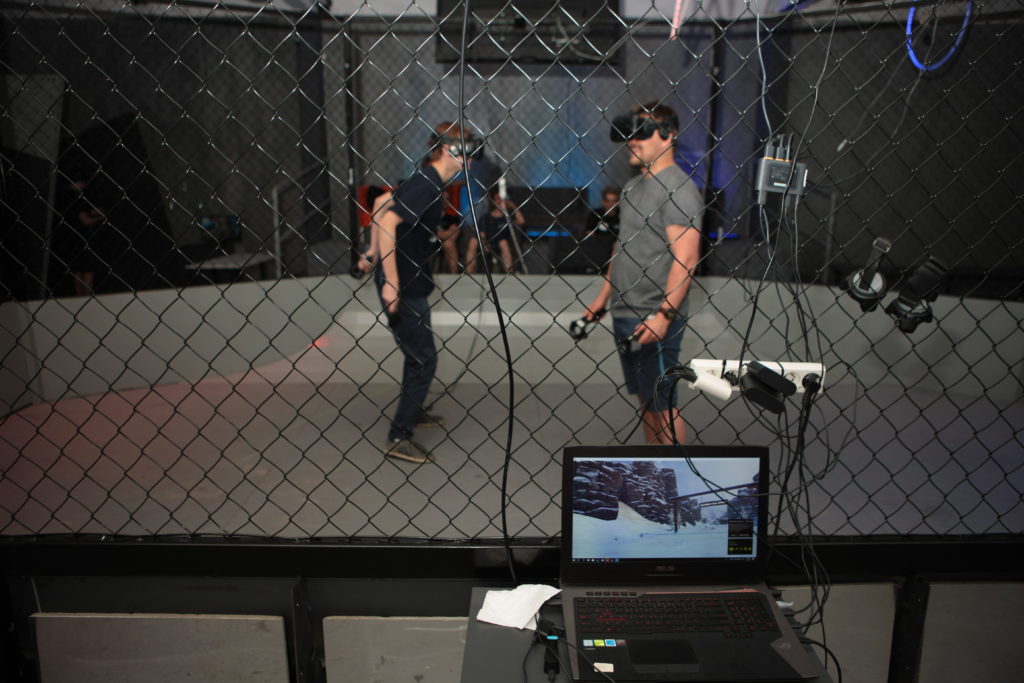