The St. Petersburg regional event took place on Sunday, May 7. It was the the third consecutive regional at ITMO University in St Petersburg, Russia since we hosted the first ever regional event here two years ago. Algorithm rounds are always full of excitement and fun but this time it was even more so because at onsite events you get a chance to compete with the fellow members at one single location. The event featured an SRM with tasks prepared by lg5293.
We experienced an amazing contest and a fierce battle among the best algorithm programmers in the region!

The event was to begin at 12, but participants started to gather right before that. The contestants were welcomed by snacks and tournament T-shirts. Each competitor received a color-differentiated badge according to their rating. One could observe an unproportionally large deck of red-colored badges. 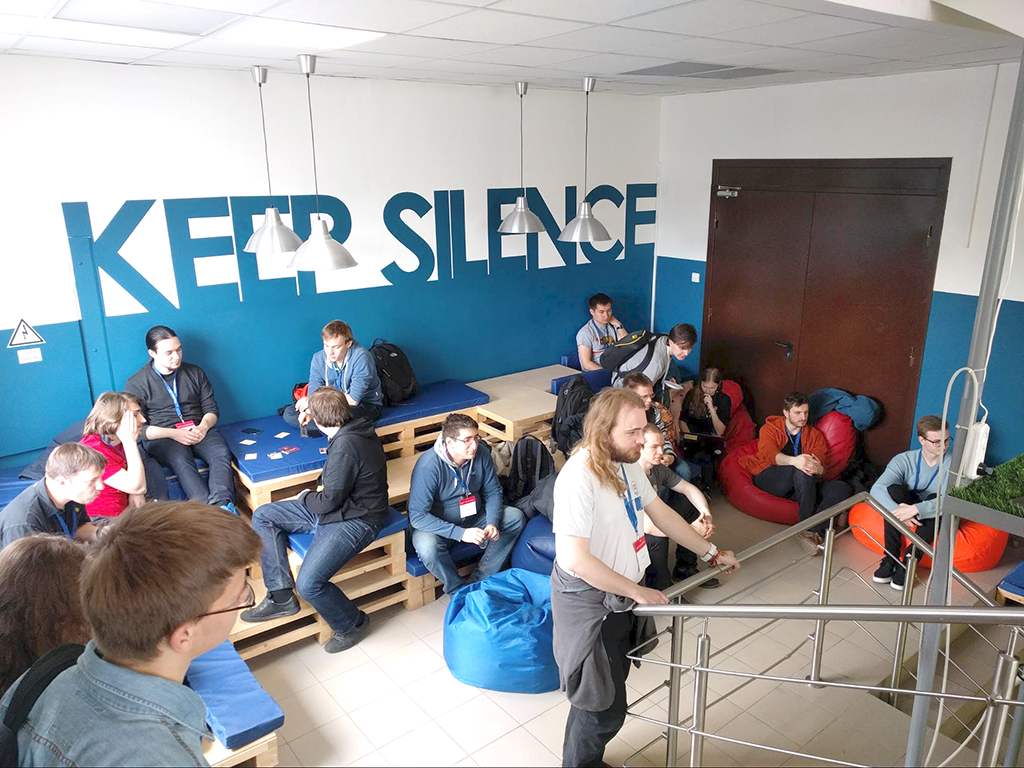 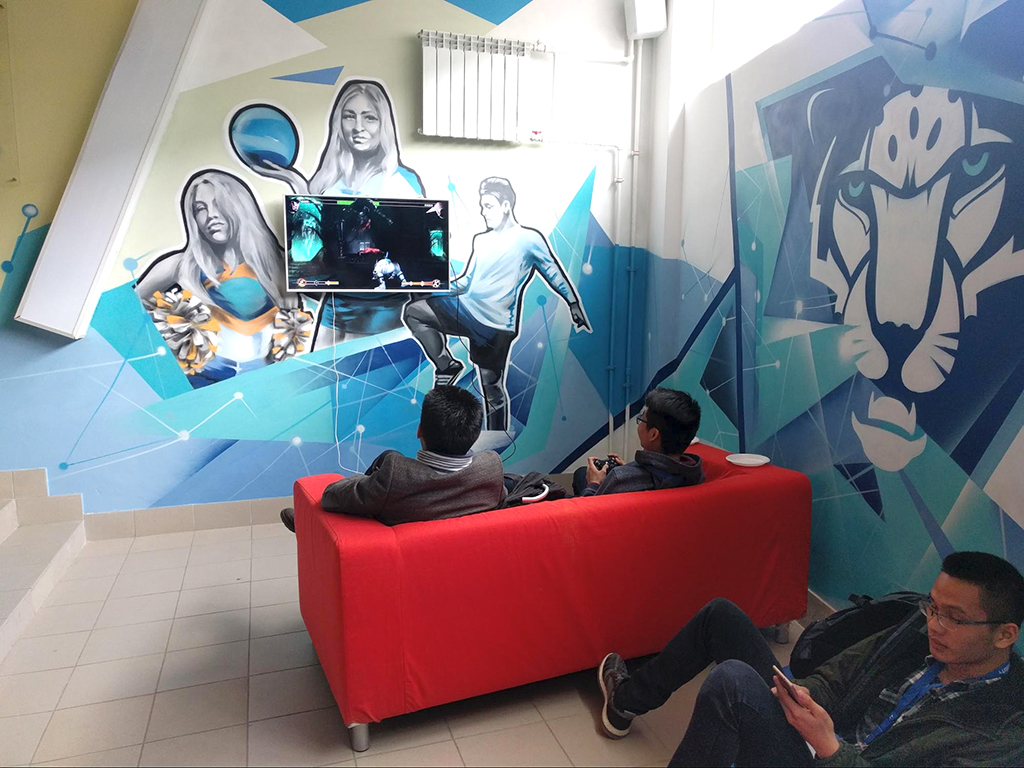 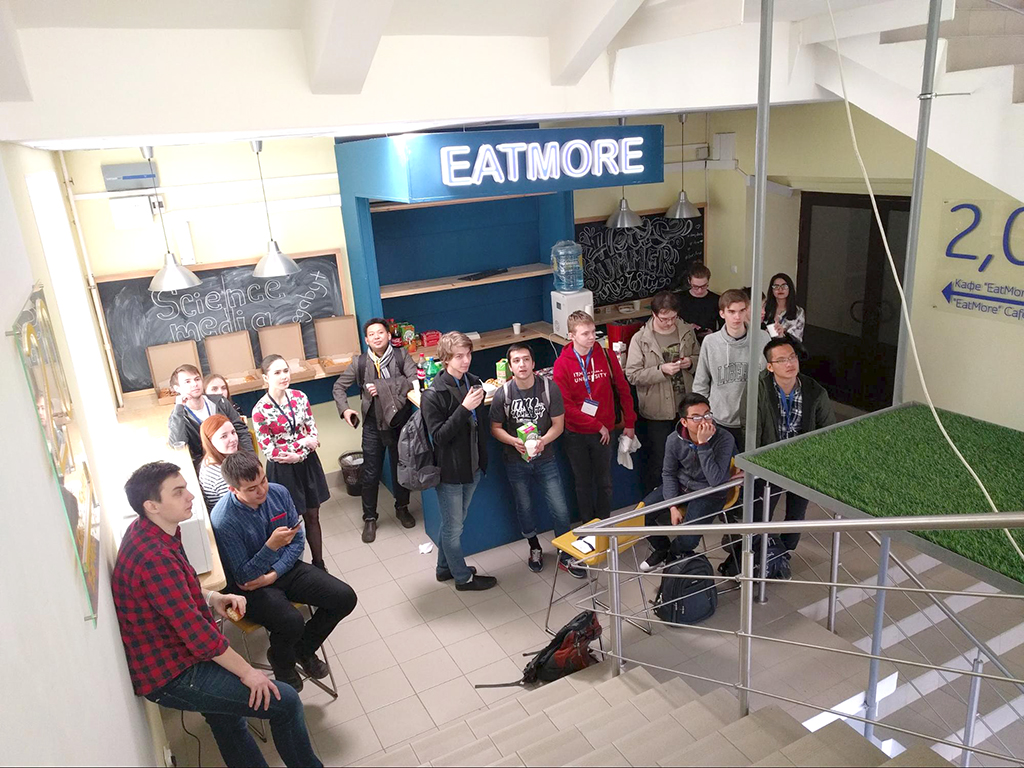 The initial welcome and snacks were organized this time in the newly inaugurated co-working space of ITMO, which gave an amazing feel to the welcome reception.
Around 12, the XBox, foosball, board games, the snacks, t-shirts, welcome presentation were set and we were all geared up and excited to launch the Russia Regional event! 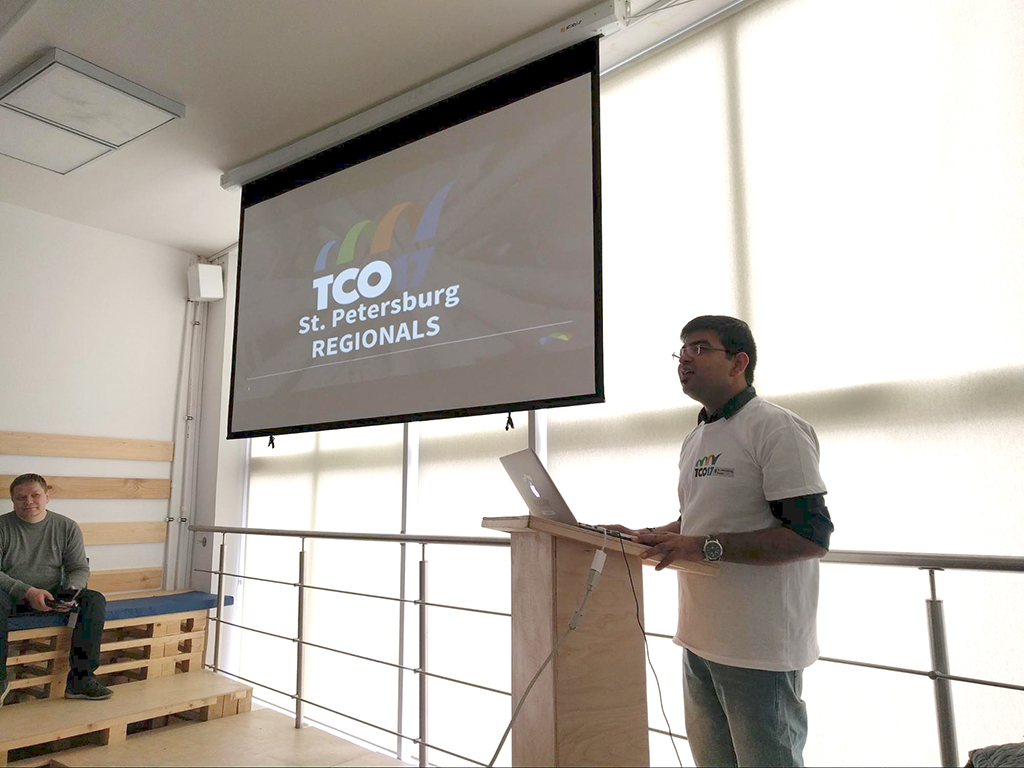 hmehta opened the competition with a speech and video presentation. It was free time after the presentation and it was good to connect with the fellow attendees and the admins. 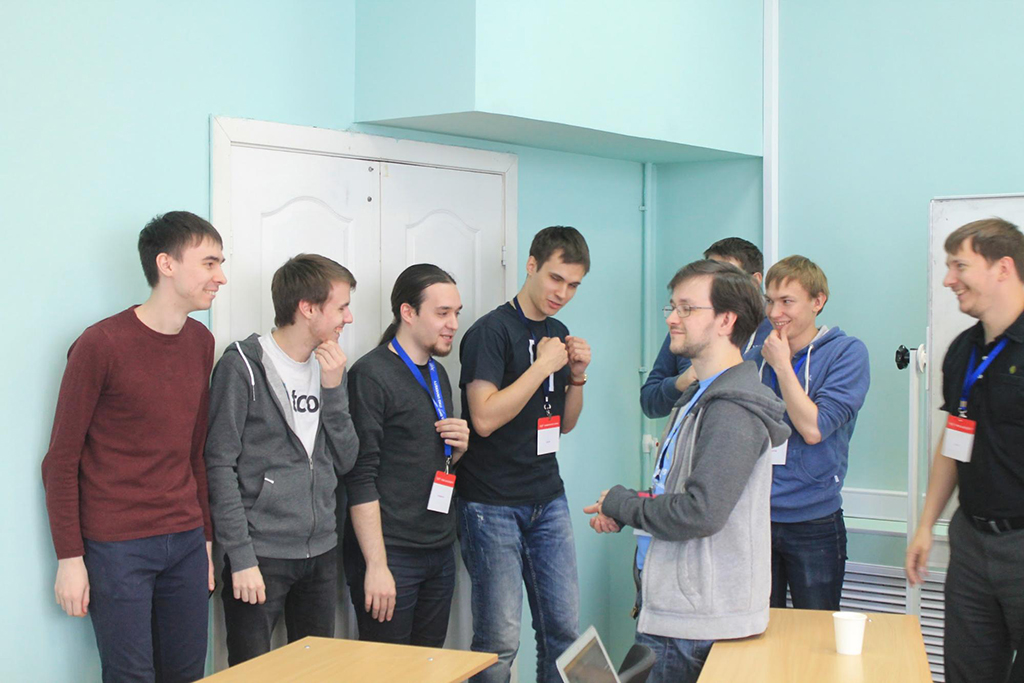 TCOs act as an amazing opportunity to meet your fellow friends, compete with them onsite and, also gives you a chance to play games with them. All of that could be seen at the venue.
After the welcome presentation and morning snacks it was time to move to the labs for the match.

This match featured a distributed set of problems based on SRM 714. The score distribution was 150-350-1000. This was done to make it fun to both new members and the rock stars. 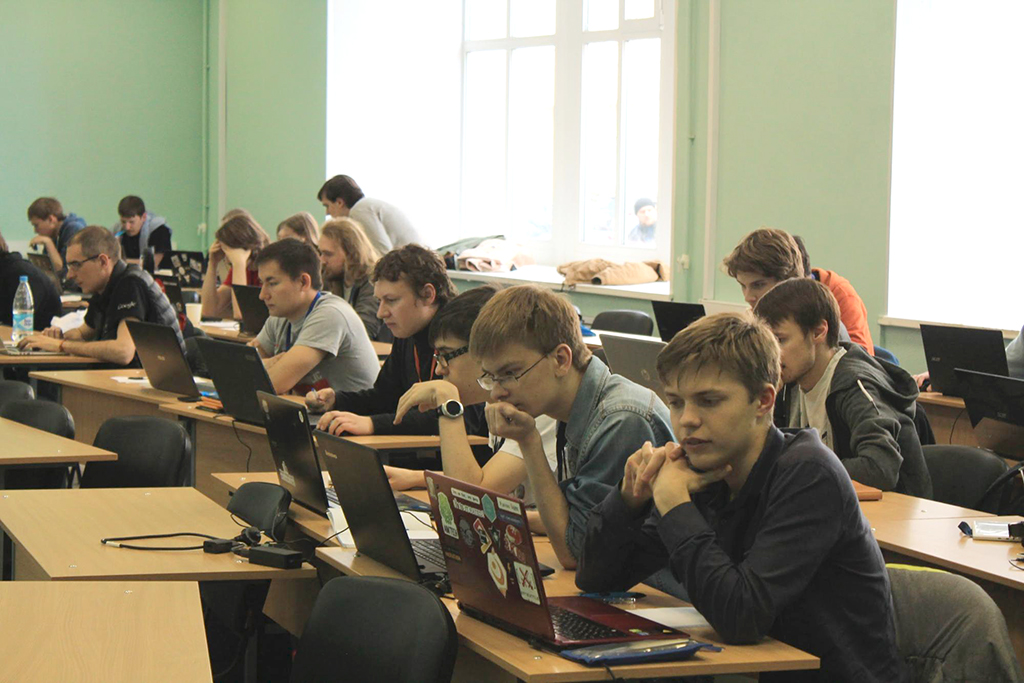 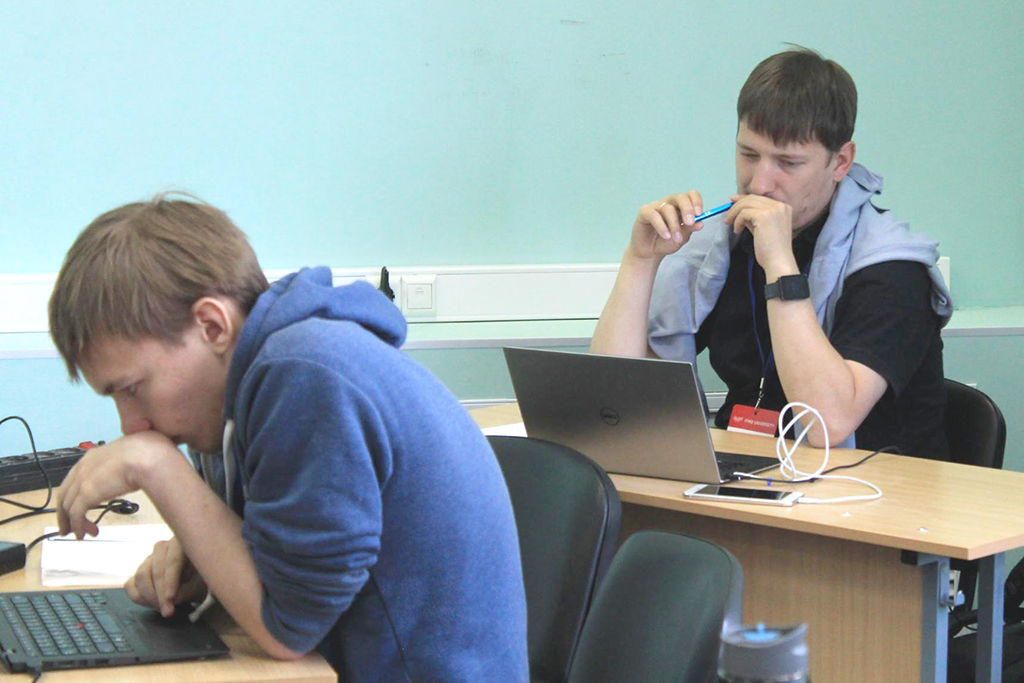 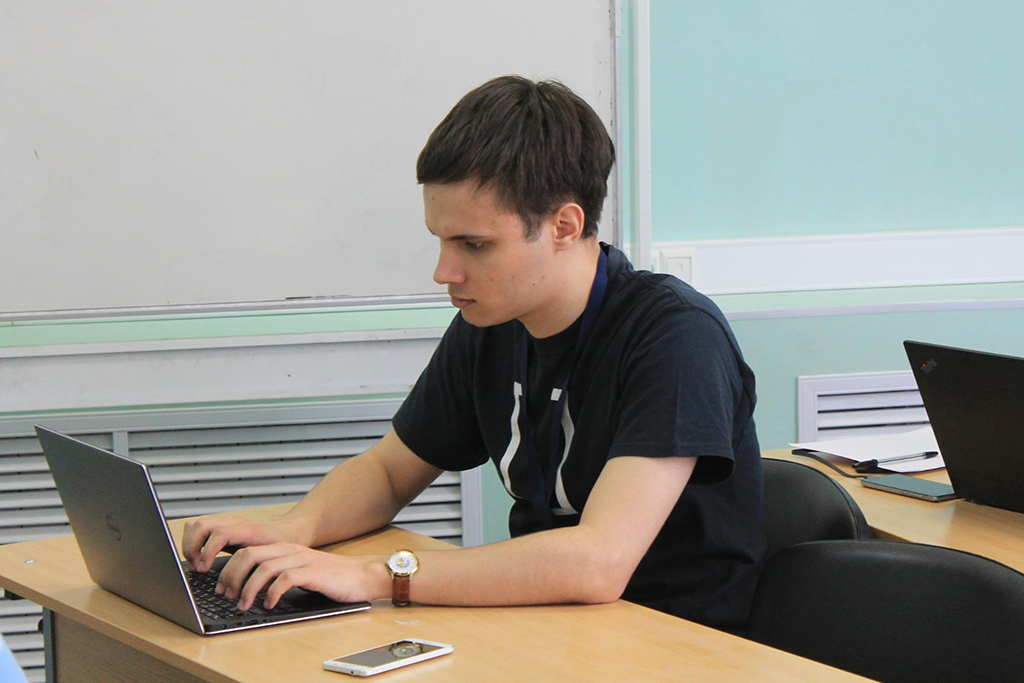 The match was about to begin, the conversations, games and laughters turned into pin drop silence. The scene inside the arena changed completely and the concentration of the contestants was at the maximum level.
The match started by many competitors submitting the easy task RangeEncoding in a few minutes and gaining high scores on it.
The medium, ParenthesisRemoval was more about observing the key idea. Several high-rated members finished it as fast and easy. 17 people managed to pass system tests on it.
So the first two questions were easily solved in sometime by many of the competitors, however most of them were stuck on the last problem and wanted to get it done as fast as possible. Tourist was leading the leaderboard, but Endagorion came to top when he made the first submission to the 1000 point problem. The contest was about to end and then several members had made submission to the 1000 point problem.
The leaderboard looked like the following before the System Test Phase

1000-point task, Salesman was solved by 7 people during the match, but 4 solutions failed challenges.

Result ceremony followed quickly. The results were nothing different than previous years, or we would say many Topcoder Contests. Petr won with 940 points, followed by tourist and eatmore. Unfortunately, Endagorion’s third problem failed and he lost 3 positions to come down to 4th place. The final results and the top 10 who qualified for the wildcard round. 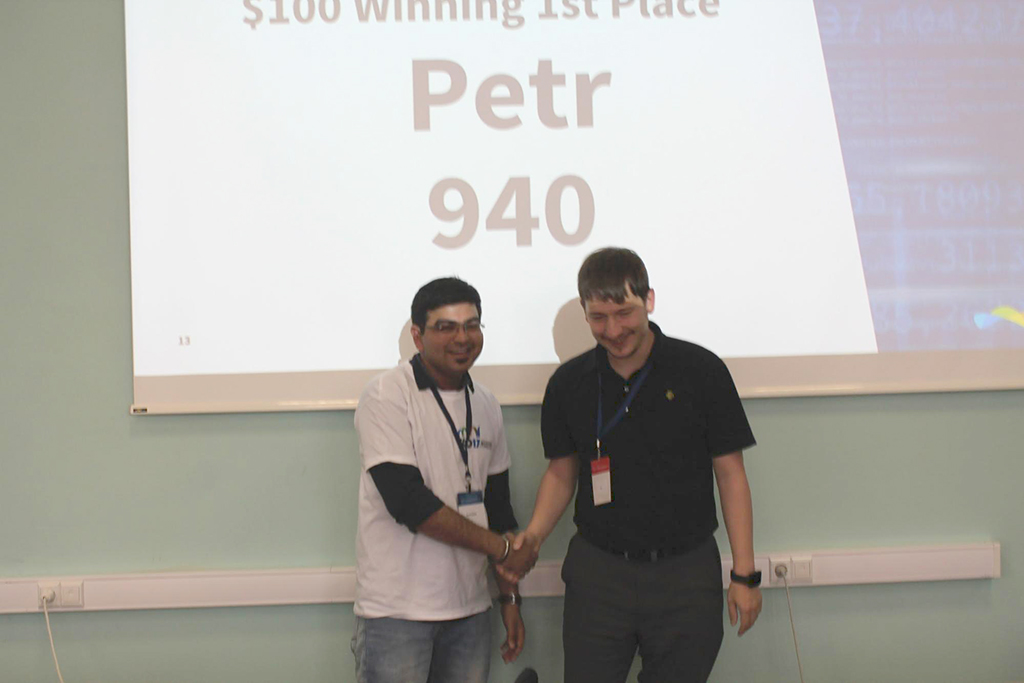 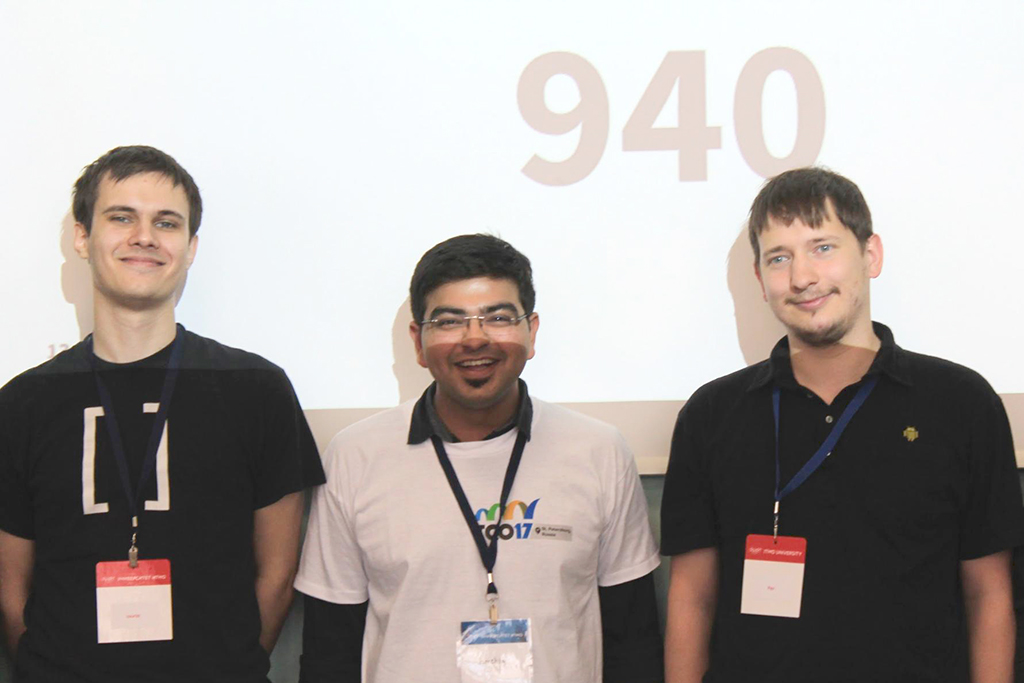 The contest was followed with members discussing problems and gathering together for snacks and pics. Most of participants stayed at ITMO to have afterparty board games and eat pizza. 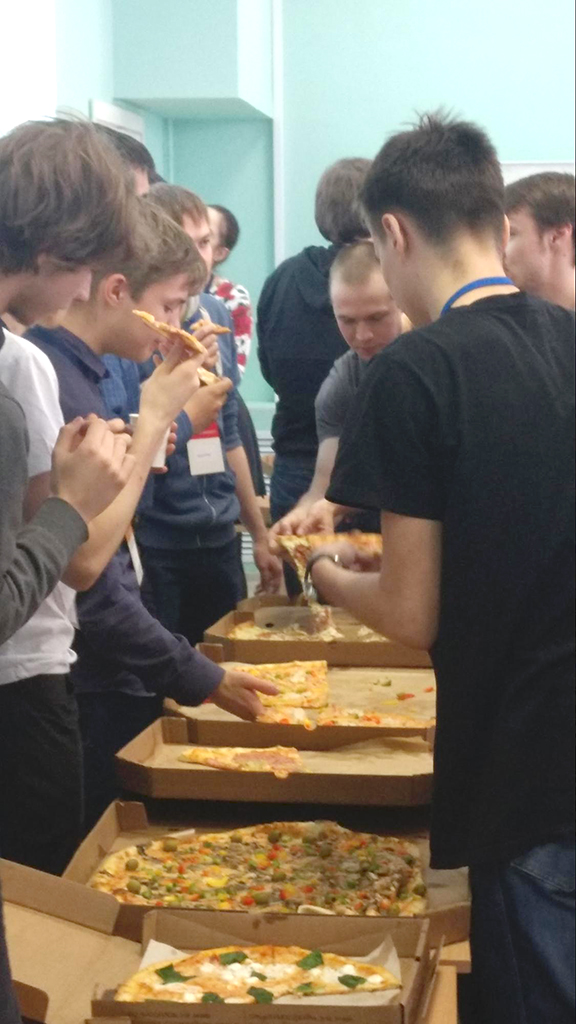