Adam [adroc] came down from the stage with a steady walk, short steps, and bright watery eyes and asked me, Ravi, and Viki, “how was it?”  This question posed by Adam was as surreal as the moment we lived during the opening speech of the TCO19 India Regional. This was one of the most spontaneously emotional speeches I’ve ever heard (or read) in my short circulation through this planet, worthy of the most sonorous claps it could possibly receive. I’d like to share these few lines with the community. Even if that moment cannot be felt through words, at least it can be carved in the walls of the internet as part of the Topcoder history. This is Topcoder Nation material!

This is a story based on real facts, as real as the famous King’s Speech film, a very inspirational piece of art worthy of seeing. Hopefully, we can make this particular real experience worth reading about for all Topcoders out there. Do not expect my absurd jokes or funny gifs. This is raw emotion, pieces of the unknown universe conspired together to create such a magical moment in the arena.

The crowd went crazy nuts when these words came out of Adam’s mouth. Goosebumped down to the bones, no one could believe what was going on. Before getting to these lines of his speech he was killing it,  welcoming the members, and pointing out the latest updates, for at least 10 great minutes of what could be something very natural to him. Then there was a sudden awkward 15 second pause – blank, with no words. Adam looked at the crowd, walked from left to right, from right to left, as if staring at the floor would give him a hint about what was coming out next to continue his awkwardly interrupted speech. I thought he was too tired to come up with anything at that stage. Luckily, I was wrong, since he had a super secret spontaneous and emotional super weapon under his sleeve, a powerful, softly spoken (like whispering to the ear), “I really love Topcoder”.  Right after mentioning this, two lovely little birds entered the room and flew above his space, landing in a crystal chandelier while making the most peaceful sounds you could ever imagine. Are you kidding me? Was this set up?

A huge round of applause filled the room, incredibly emotional. He just repeated, “it’s true, I really love Topcoder”, as he elaborated on the reasons why he has been around for 14 years, how he learned from the community every day and how happy he was at having the opportunity to create something crazy wild every day.

When I first saw Adam two days before this event he looked a bit tired, which was well justified. He basically time-traveled for more than 40 hours, around 13,000 kilometers of distance from his home in Kansas City. In those two days previous to TCO he ran 2 RUXes challenges, helped run the on-site finals plus any other huge amount of duties we do not even know about. Add jetlag to this formula and you have a local delusional cocktail that makes you as tired as a designer who finishes three RUXes simultaneously in one weekend.

I couldn’t avoid asking him questions about what was running through his mind during this long pause. His speech was obviously not prepared. He decided to start the welcome message talking about Harshit, simply because he saw Mr. Mehta on stage humbly introducing him. Then the deck slides would help. As the talk progressed he started to feel frustrated for not having a better flow, feeling stuck in between, until the moment of collapse. He needed to wrap up the introduction but for some reason, he went blank, with no idea of what to say next.

I know you didn’t ask but I have a theory that can explain why this happened. I’m not an expert in psychology, sociology or public speeches but I have made lots of mistakes while being on stage or while being interviewed. I can humbly tell you by experience that there are things we do unconsciously in moments of stress.

As I mentioned earlier, Adam was not exhausted, he was burned after all the hassle to make it there. Lack of sleep, jetlag and a to-do list as big as Harshit’s [hmehta] heart. In this state, memory is prone to failure. It was very likely he was going to forget the flow of his semi-prepared speech. What do you feel when you are sick, trapped or frustrated? Normally, the common answer is fear and stress. Consequently, during moments of stress, the brain tends to make decisions or access slots of memory that make it feel secure, safe, protected. Take as an example a baby who is being held by mommy: he loves his mommy, he feels safe with his nice smelling mommy. Suddenly a stranger tries to hold the baby. The typical reaction would be a baby trying to hold on to his mommy as strong as he can, maybe crying, a moment of stress that can be relieved only by the warm sensation of security provided by a known entity (mom). You can extrapolate this to design as a branding situation. The mom is a known brand, the stranger is a new brand trying to occupy a space, generating distress in the decision-making process. We have this reflex wired up in our brains. We will choose what is most familiar to us, this familiar brand that we know is a mom.

For Adam, his protection and eustress call was Topcoder, his honest connection to people. The unconscious reflex to get out of this stressful moment was something that is quite well known to him. This is love folks, this man loves Topcoder, this man is Topcoder Nation.

Be bold or italic, never regular – End of scene.

That’s all folks. See you next time for another episode of this series. Peace out! 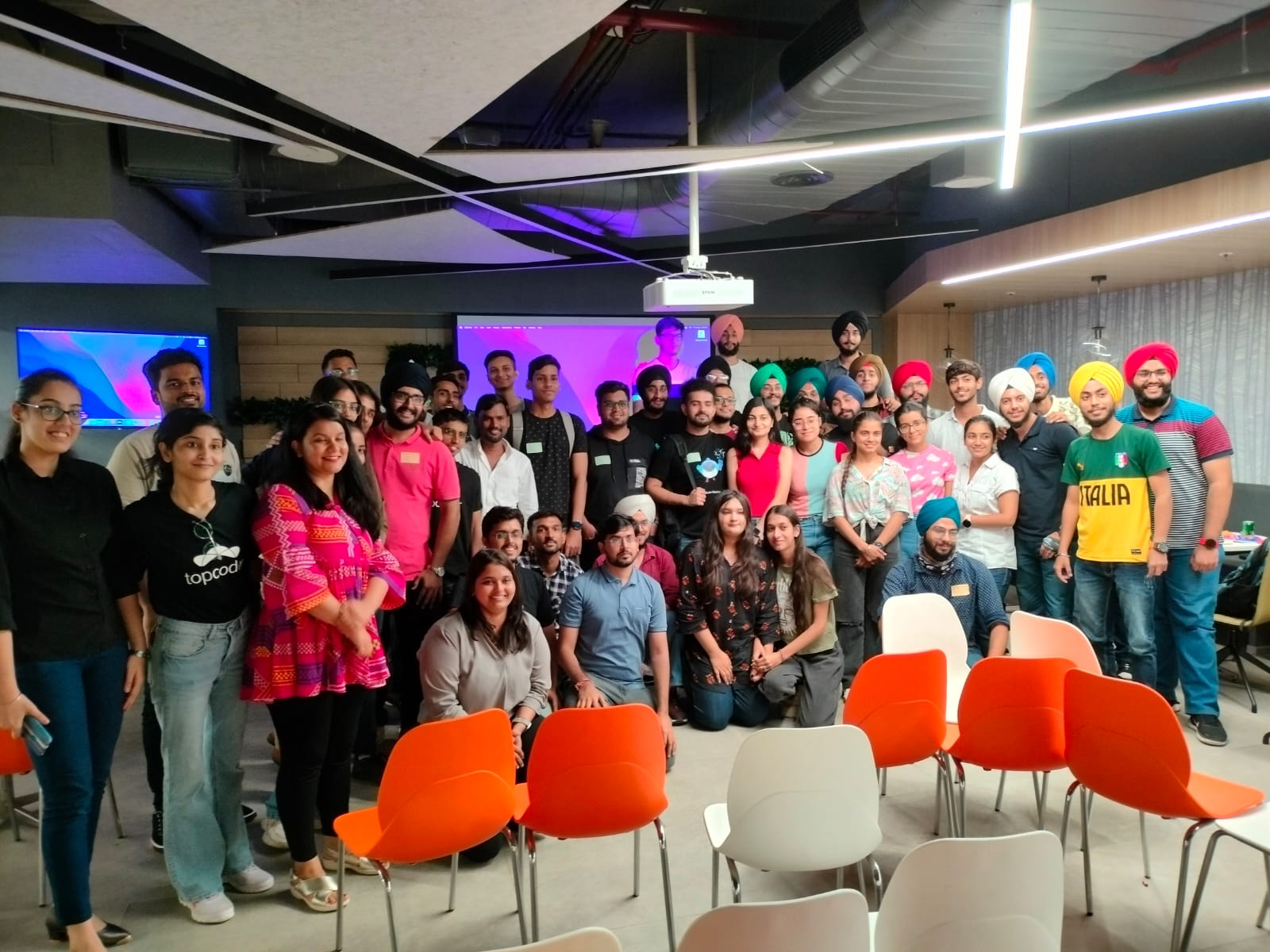