Foreword from ToxicPixel
May was an amazing month! Specifically because of the Tinker challenge. It unlocked a staggering amount of personal design development and inspiration for me. When the chance presents itself, I might make those findings available to everyone. Above and beyond that it was the stage for something remarkable to happen. While tinkering away, I shared some findings with other designers. One of them, out the blue, took what I showed them and RAN WITH IT. Eriantoongko, you beauty!
This is the result of of 2 designers just riffing on some ideas. A budgeted 4 hours worth of work. Almost 2 months after the fact. This is all W.I.P/First flight material. Gameplay comments more welcome than art comments. TYVM.

After sharing what I was working on, eriantoongko and I discussed the legalities of use for Tetris. Turns out this is an interesting read in general because of how strict they are protecting their IP (Intellectual Property). Then, eriantoongko made the suggestion that the snake game was not so tightly restricted and…

Eriantoongko [12:44]
just my thought, maybe when the snake ate the point, it show the topcoder timeline/history. The goal is to race for high score… 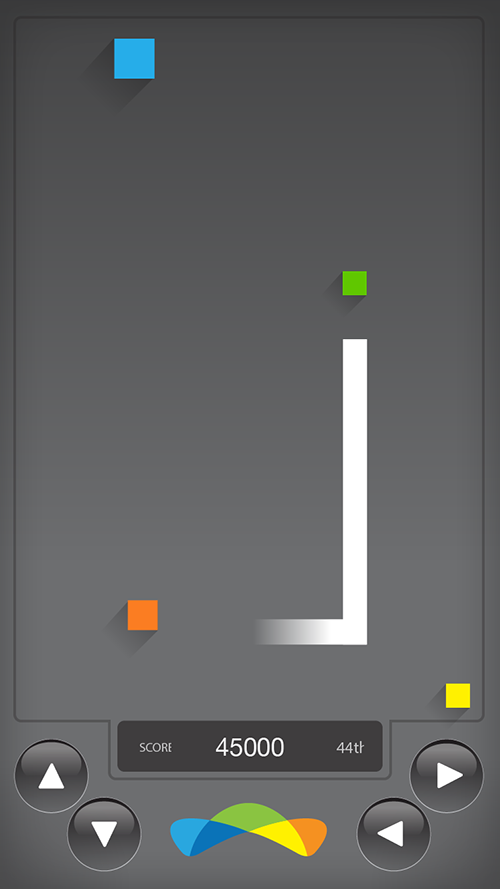 OK – so this is standard “out the box treatment”. The biggest problem is time and popups obscuring play.
I moved score down by the controls to break the mold on standard UX and tick that unobscured box. The grey is bland, but I wanted to make the TC colors POP. So maybe let’s hit multiple birds with one stone.
Time – Linear – Color – History – Logo – Gameplay – Motion 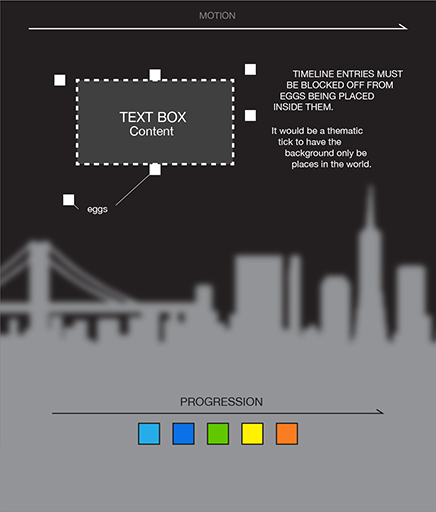 This could work! It attends to a few things… 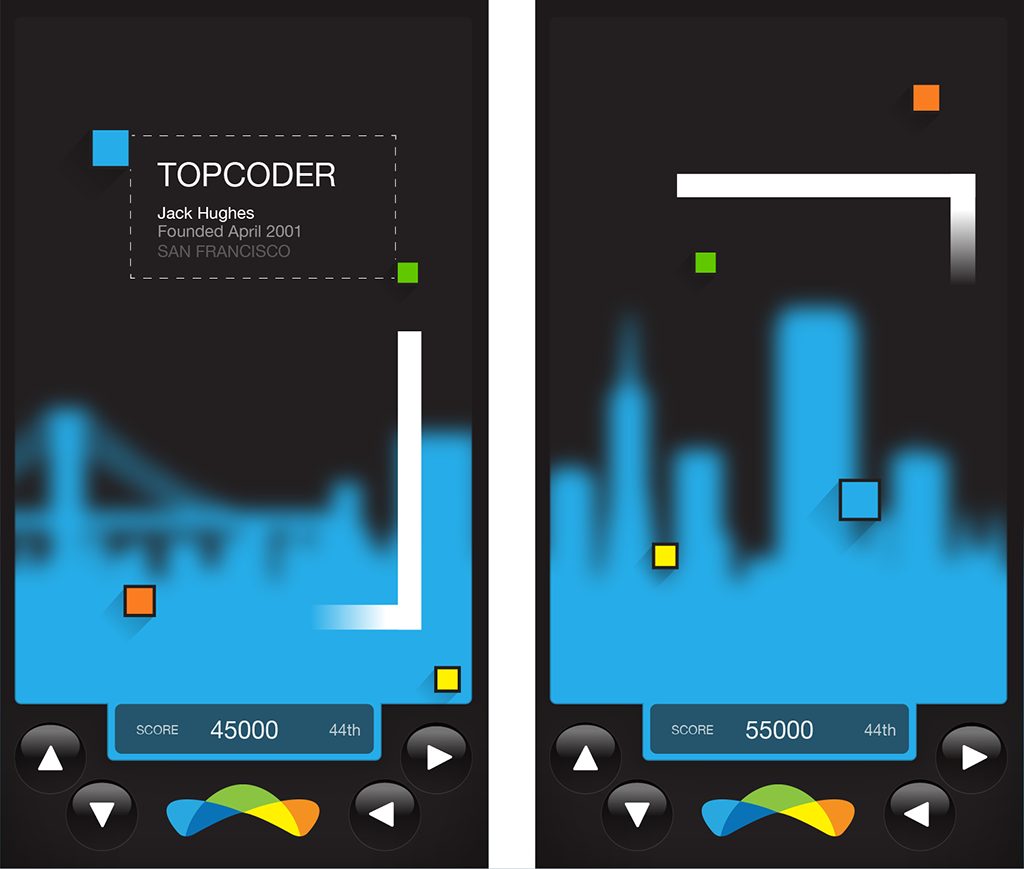 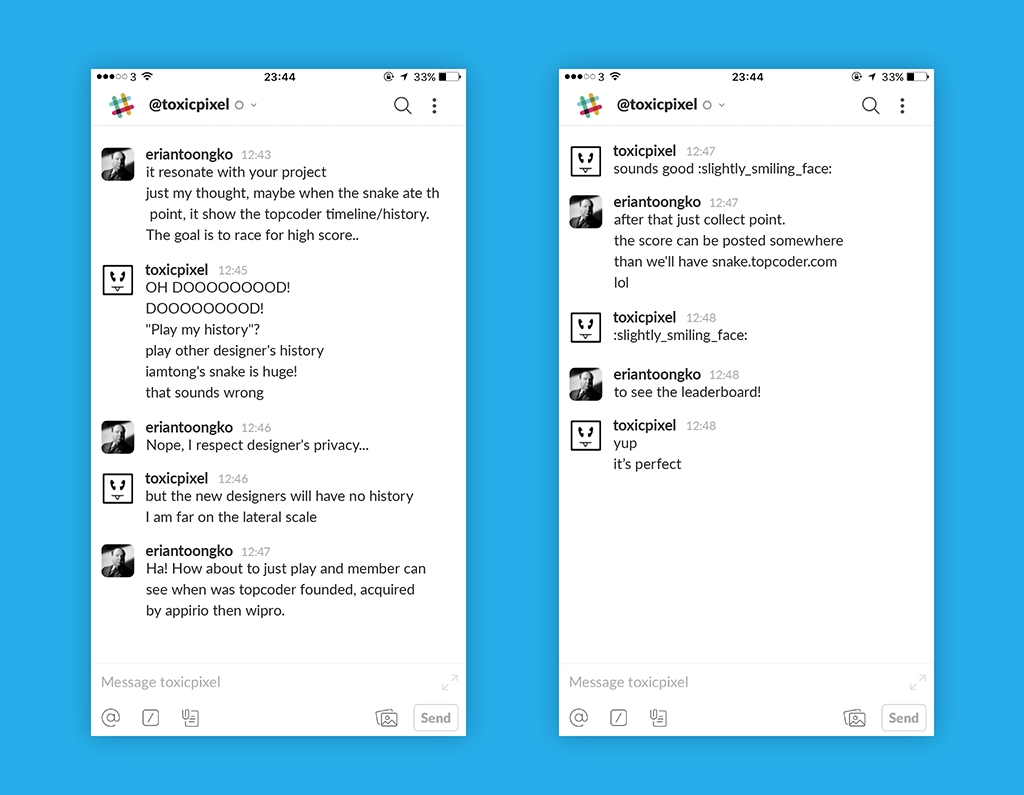 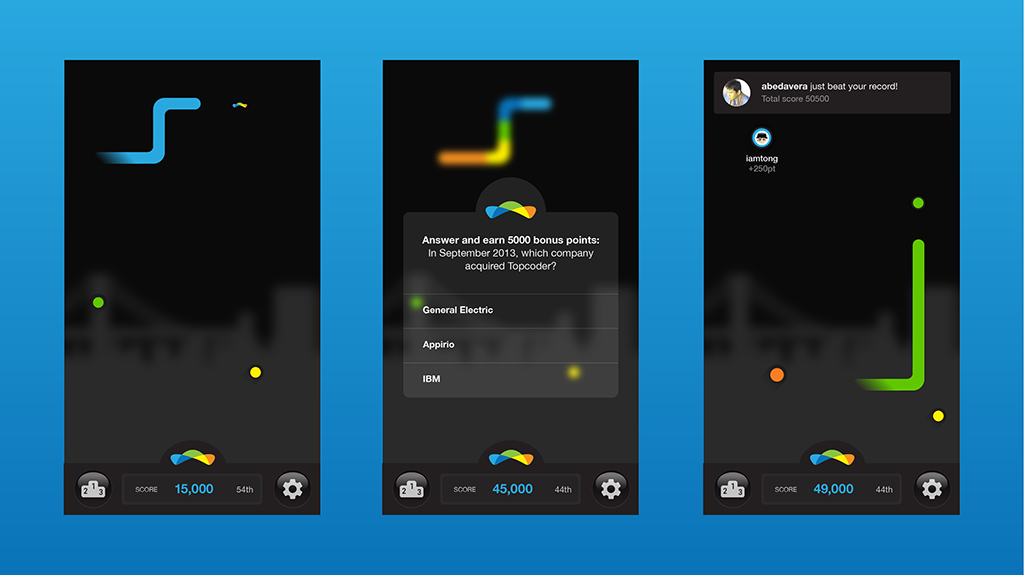 Thanks to ToxicPixel for sharing his idea while working on the Tinker Challenge while I was busy working on another challenge. ToxicPixel also invited me to collaborate without any limit on what can I do, so here are several ideas that came to my mind after I saw formative stages: