Women’s History Month Series: Of Challenges and Competitions! (Part II)
In our last post for the Women’s History Month series, we had two of our most recognized members expressing their views on Topcoder and gender equations. Here are two more members – from Asia – with very different views on overcoming gender stereotypes and being a part of Topcoder.
Shreemudra Satapathy
Handle: smtryingcode
From: Odisha, India
Living In: Karnataka, India 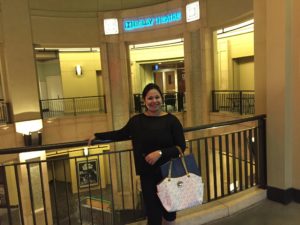 A TCO finalist twice (in 2016 and 2017), Shreemudra started her career the conventional way, like most engineers in India. She shifted to Bangalore (in Karnataka), to work with companies like IBM and Wipro but switched to freelancing eventually.
“Everything has its pros and cons. Working with Multi National Corps (MNCs ) guaranteed that I work stipulated hours and draw a fixed salary at the end of each month. However, in some ways, I also felt that the MNC culture was not very conducive to me (as a woman), after a certain point.”
“With Topcoder – and freelancing as such – I have the liberty to choose exactly the kind of projects I want to do, and work with the kind of tech stacks I like. For instance, I found myself more inclined toward UI development and that’s what I mostly take up. Competing –  and qualifying for – TCO16 was a learning process like no other. On the downside, you have to pull in all nighters, work at a stretch if you really want to be on top. The competition is fierce. But your success is not measured or defined by your gender. It’s a very satisfying feeling!”
Shreemudra agrees with Mariia (Nickolas) on why more women are not associated with careers in science and tech: “It’s a matter a choice, really. Even if I were given a choice, I can’t imagine myself doing anything else. Tech is what suits me best!”
Seeta Kaur Chamba
Topcoder Handle: idblack
From: Kabanjahe, Indonesia
Living In: Kabanjahe, Indonesia 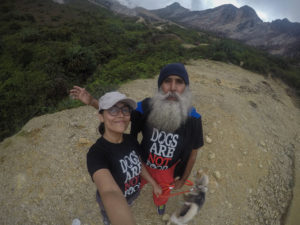 A multi-year TCO finalist with 53 wins, Seeta was an active member from 2008-2016. She’s currently pursuing photography as a career and hopes to travel the world sooner than later.
I begin by asking her about her time as one of the most successful designers with Topcoder.
“Working at Topcoder gave me a lot of confidence and self-esteem. I realized I could do anything and be anyone, if I was putting an effort in the right direction. I would love to see more women being empowered this way and not let physical and social constraints dictate the choices they make in their lives.”
On probing a little deeper on the perks of freelancing, Seeta explains, “the biggest perk of being a Topcoder member was that I was/am in full control of my time. That was exciting for me, because I could manage my time to do what I like beside competing. I love travelling to see the world, watching people’s lifestyle and be submerged into their culture even within a short time. Being a freelancer gave me the flexibility to decide when did I need to work super hard and when to relax.  That kind of leverage suits my lifestyle a lot.”
Seeta hails from smalltown Indonesia, replete with gender stereotypes. She can relate to the biases associated with what women can or cannot do, on a very personal level.
“I think the biggest challenge that women have in some professional fields (such as STEM) is that their decisions are made by others. Often, they are told what they should be doing instead of what they actually are interested in, and are passionate about. However,  I’d say that things are getting better thanks to the power of social media. It plays a major role in constantly tearing down the wall and showing the world that gender has got nothing to do with one’s capability. But this awareness and thought process needs to percolate down to all social stratas; especially in rural areas. I am from a small city and it often feels like people know what kind of occupation suits women more than women do themselves! This has to change. It will take time but we are heading there and that gives me hope.”
On their personal experiences with gender parity
Shreemudra cites family as her support system for letting her choose a life she wanted, Seeta cites her Father as the most influential person in her life.
“My Father constantly reminds his daughter(s) that being woman is not a disadvantage, that sky’s the limit, and we can spread our wings and be whatever we want to be.”
Last year, the World Economic Forum’s Global Gender Gap Report suggested that it will take another 217 years before we attain gender parity. Going by the accounts of these women, we might just reach there sooner!