There’s no better time than the start of a new year to look back at where we’ve come from and ahead to where we’re going. And as I think about my own experience with Topcoder over the past few years, a favorite quote comes to mind: the journey is the destination. It reminds me that I need to stop and enjoy the journey. It’s been over two years that I’ve been with Topcoder, and in that time a lot has changed. We’ve grown as a company, we’ve grown as a community, and every day seems to bring a new challenge. This is what keeps me going. Everyday the challenge to improve Topcoder for our clients and for our community.

One reason I joined Topcoder is to work for a company that is fundamentally changing the way people work. A company that isn’t confined to four walls, and instead connects the four corners of the globe, uniting talented people everywhere for a giant common cause. A company that’s not a company at all…but a community.

Back in 2001, a small group of visionaries wanted to break down the walls of traditional algorithm and access the world’s top talent. Topcoder was born, and a new way for algorithmists to learn, compete and win took off. In time, though, it grew beyond algorithmists—additional tracks were added and development and design soon joined. It was a community of talented individuals coming together to be a part of something new.

We’ve grown as a company as our community has grown, and as we approach the million member mark this year, it’s important to remember our humble beginnings.

Looking back at the original Topcoder logo, it feels more than dated. Several versions of this logo have been refined over the years, and even a break out Topcoder Studio logo was created to include designers. By the time of the Appirio acquisition, it was time for the logo to be revitalized and re-envisioned again to become a part of the Appirio brand hierarchy. At TCO 2013 our top community designers worked on a new logo concept that would be created by the community…for the community. Their direction was to unite the Topcoder logo and the Appirio brand, conveying the concepts of “crowd” and “cloud.”

The winning design was voted on by—and perfectly signifies—the Topcoder community. The abstraction of the Appirio “arch” in three forms signifies the three parts of our community: Design, Development, and Data Science. These three shapes are not separate—they overlap and interact to form a whole and to convey energy and motion. Blue for design, Green for development, and Orange for Competitive Programing/ Data Science. There’s a fourth color in the logo as well…yellow, which signifies our clients, a part of the community as well. It’s energetic. It’s dynamic. It’s vibrant. These qualities can be found in Topcoder’s community and the logo mark reflects this.

As you know there is a lot going on with Topcoder. 2016 is going to be a big year. We’re growing and trying to find new ways for us to grow together. Status quo and staying the same can be easy—change, on the other hand, can be difficult. We’re in this together and we are nothing as a company without you.

Companies change, brands evolve, but one thing has remained constant in Topcoder’s story: the community. It’s what makes us go. It’s what inspires us. It’s our future. It’s our brand. And as it grows and evolves, the Topcoder brand must grow and evolve to reflect it.

At Topcoder, we don’t think of ourselves as a company—we’re a community, pulsing with energy and charged with ideas. We’re the people, the creative professionals and innovative clients from all over the world. We’re the power that’s generated when barriers are stripped away and our talents, resources and ambitions are combined.

We’re the people who fuel us. We’re the power of one. Our brand must reflect that.

The new brand components shown here have been updated to reflect the way the Topcoder community itself has evolved. It’s grown larger, broader and stronger, and the many ideas and talents of its four equally important participants—developers, designers, data scientists and clients—have been united and are working together.

We’ve put together a brand mood board to bring you along in our journey together and to get you excited about the year to come and beyond. We encourage you to share your thoughts with us on this direction as we want you to be a part of the process.

CloudSpokes and TopCoder, Together – Two of the World’s Largest Dev Communities are Now One 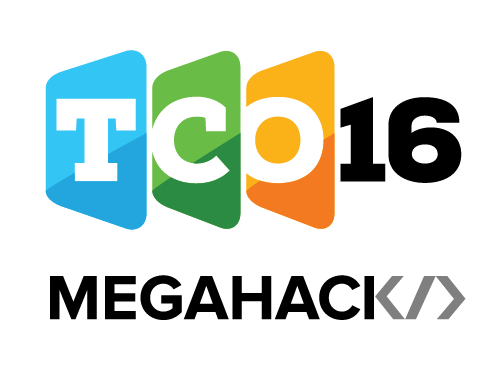 Topcoder Members of the Month – April 2016