Do you know that we have a couple of types of designers? Those who come to Topcoder as professionals who just need to get used to the process to start winning and those who come by that are newbies in design. It takes the newbies time to learn the tools, design basics, and the Topcoder way to get to the top. But, from time to time we get to see a few newbies who are very bad at designing, but also very ambitious to win. Such a person is starck181995!

He started designing early in 2018. As a copilot I saw his submissions in one of my challenges and I could tell he had a lot to learn from all points of view. He soon reached out to me to get advice on how to become better as a designer and asked me to guide him more. As a copilot, designer, and Topcoder, I had a lot on my plate at that moment so I didn’t intend to commit to helping a new member consistently besides the general guides or to point out common mistakes he was making in designs. But he didn’t give up. Day after day he was coming, so determined and ambitious to learn more about anything related to design basics and asking questions on the Topcoder process for the challenges.

It was that moment when I recognized the burning desire of someone so passionate about learning and getting where he wants, that he’d go to any extent to reach that. I decided to step up and help actively. While his initial questions were related to color theory, white space, alignements, pointing lows in the designs, he quickly advanced to asking more about the UX thought process on different customers and other subtleties that only the experienced designers know.

His winnings reflected that as well: he went from no wins to getting checkpoint prizes at first and then to win every now and then 2nd and 3rd place. He was determined to win and submitted often on challenges. He asked questions then about what he could have done better, analyzing his work with a critical eye to learn.

His 1st place win swiftly appeared. It was a crowning of all his effort and struggle – a well deserved one! He even got to 8th position on stage 1 leaderboard for TCO19 due to the placements he got between August 1- Oct 31, 2018. He is now aiming to qualify for TCO19 and meet all the other designers.

We got the chance to talk to him about this.

Tell me a few things about your background (name, where are you from, study, etc)

My real and full name is Surya Prakash Singh and my TC Handle is starck181995.

I come from a very normal family with a defense background, as my father is part of the Indian Army. I am basically from Allahabad, U.P India, but currently I live in Chandigarh for my studies and my family is at Allahabad itself. I am a student of Computer Science Engineering.

How did you hear about Topcoder and when did you start competing?

I heard about Topcoder first in my college when Topcoder organized an event online called the 2017 Humblefool Charity Hackathon. The funny thing is I started as a developer on Topcoder due to that competition but then I got to know about more tracks and so design came into the picture. But I was passionate about painting and computer graphics and visual effects from earlier which eventually took me to the design track.

I know you were a beginner in design when you joined Topcoder, and then you advanced very fast. How was this journey?

It was really a great learning experience (honestly, I can’t express in words what Topcoder means to me). When I was starting the very first competition (on 22nd March 2018) I took part in a print presentation challenge. I found that new and interesting so I just gave a try to a competition and luckily I won the checkpoint prize. But I was unaware about that terminology related to money, so I then really explored all the superpowers this community and platform has. Then, I didn’t win any prizes for the next 2 months but I was still competing just having faith that I’d win one day. I was on the verge of quitting after so many losses, then I asked for help from mahestro, iamtong and DaraK (you guys rock, hats off to you) to understand what mistakes I was making. Also I saw the names ravijune  and iamtong at that time as they were very much in the limelight (obviously now also haha). I was really inspired by them and wanted to win too, then I started to figure out what mistakes I was making and why. I worked on those and thanks to god I won. I really didn’t expect I’d be able to win that fast. I’m so grateful to those who helped in my hard times.

What methods did you use to accelerate your learning and what was the most helpful?

I really would say recreating ui design stuff for improving ui skills and competing in challenges to improve ux skills. Definitely the most helpful was recreating things and understanding the meaning behind the components, like why we do something a certain way. It helps to explore more with the design. Don’t just create things blindly, haha.

What were the obstacles you faced on Topcoder when you wanted to learn more?

The obstacle which I really faced was there was no rule about sharing winning subs (or maybe it was unknown to me), due to which I was really unable to understand the level of competition we were in. So sometimes I (as beginner) felt like we needed to know the exact requirements or expectations of the challenge in terms of design. This was also one reason I was unable to understand my mistakes, since I had known nothing about UI-UX before.

Which design challenges are your favorite and why?

I like web more since I’ve a large canvas to fill it with creativity, And also because I won web more than mobile, haha.

What part of the design process do you like the most and why? (sketching concepts, designing, refining, or others, etc.)

I find designing on computer greater than others because this is a phase when we give the shape to our imagination, when  concepts take form which will solve a problem. But I think sketching is also equally important since it clears the thought process and helps me to understand the problem more.

What’s your favorite thing about Topcoder?

The most favorite parts for me are the big prizes and the type of work. But I would say community is also equally important to me since only because of the community was I able to correct my mistakes and ask for critique from veterans.

How was the experience of attending TCO18 India Regional event and meeting some of the Topcoder designers?

For the regional event I had the longest ever train journey in my life – approximately 40 hours, haha. I was so excited that me and my friend were the first to reach the venue early morning on the day of event. It was a thrilling and unforgettable experience. The reason for this is that I was competing with professionals in the design field and I was just a 3rd year student. Also I got to meet Adam sir, who also interacted with me for my design. I met Harshit sir for the very first time. I saw Ravi (Ravijune) bro and Shyam sir from afar (since I didn’t know what to talk about with him, I was nervous). Also, I got a chance to interact with teevics sir, with him I had a quite long conversation.

What’s your next dream on Topcoder?

My next dream on Topcoder is qualifying for TCO19 Finals and winning that trophy. Yeah, I am trying my best to qualify for TCO19. Still so many things to learn.

If you were to give only one piece of advice to a newbie Topcoder designer, what would you tell him?

I would say guys no matter how much you lose please keep competing. It is very important to learn from every mistake you make in any challenge. Try to fill that gap whichever way you can – maybe with a tutorial, video, blog, articles, books – anything which makes you understand those concepts better would be a win for you. There is no hard and fast rule to learning. Learn from whichever way suits you. 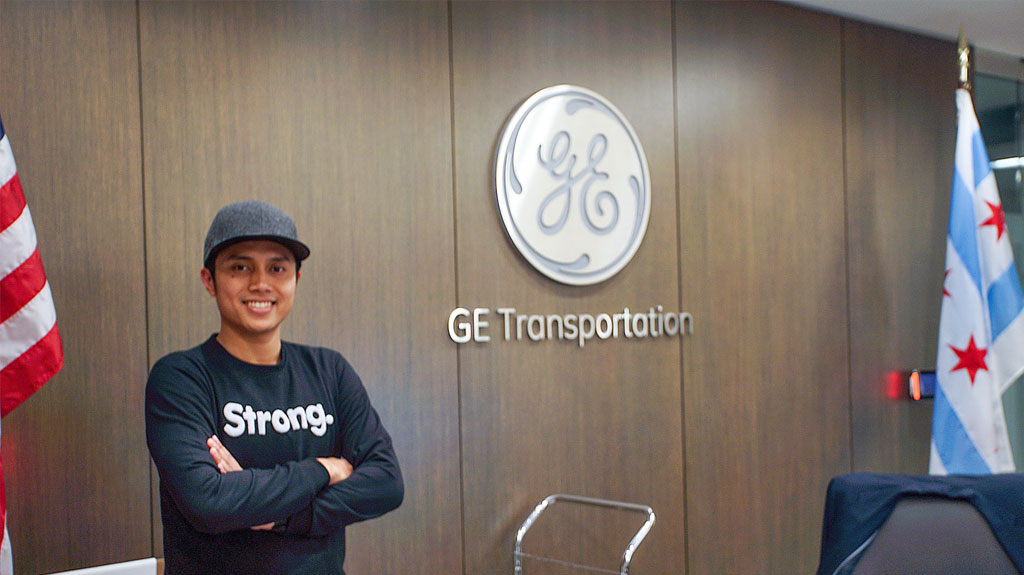 Cendhika’s Early Journey As An IxD at GE – Part 1 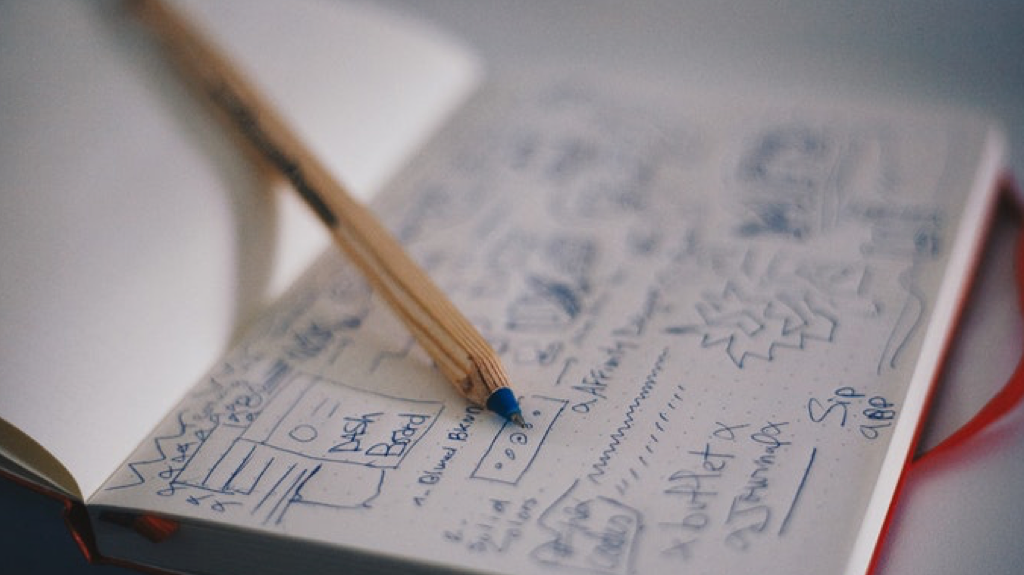 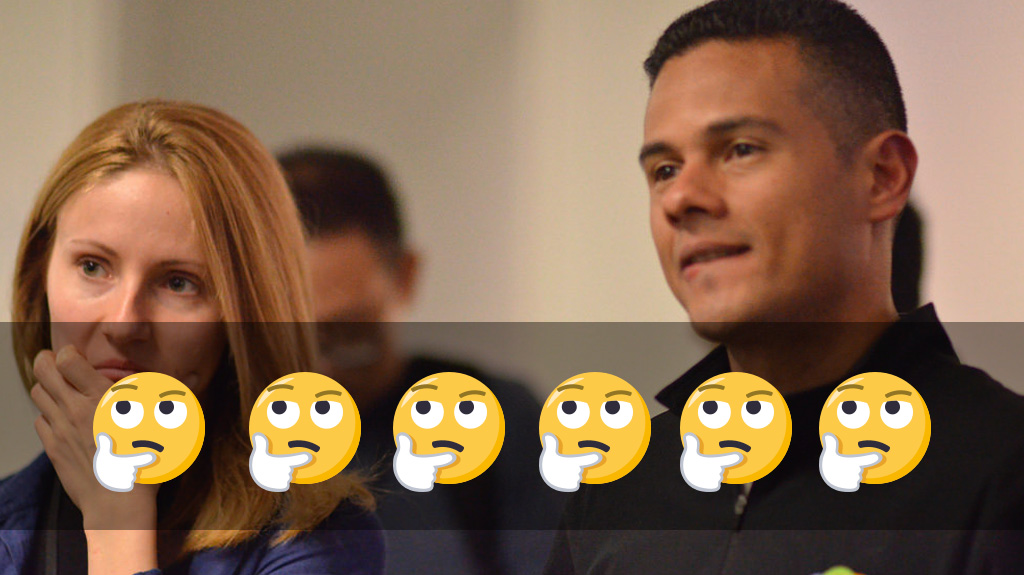 I Didn’t Win A Checkpoint Prize – Should I Continue?