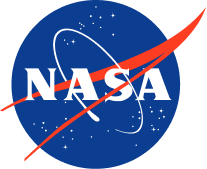 Having the absolute best training for these types of missions is important for improving human spaceflight operations. NASA seeks a system that provides real-time operations support that is optimized and tailored to each astronaut’s psychophysiological state at the time of the activities and which can be used during training leading up to the mission. If you’re not already a Topcoder member, register for free here to take part.

As space missions move away from near-Earth orbit to Lunar and subsequently Mars missions, the ability to carry out autonomous activities becomes critically important. Autonomous missions rely minimally on Earth-based Mission Control. Autonomy is accomplished by automating vehicle functions, and by transitioning responsibilities from Mission Control to crew.

Having the absolute best training for astronauts on these types of missions is essential for improving human spaceflight operations. NASA seeks a system that provides real-time operations support to astronauts – optimized and tailored to each of their psychophysiological states. This system will be used during training leading up to the mission.

Using several biometric sensor inputs, Topcoder members will create an integrated system that categorizes a trainee’s cognitive state in real-time. Sensor data will be combined and used to predict an individual’s cognitive state no less than 3 seconds in the future based on their current state.

All you need to do to be a part of this challenge is this:

This section will have several useful links and videos for members to learn more about Topcoder and the NASA Comet Detection. We’ll continue to add great content here to help you be successful.