TCO18 is a wrap! The last day of the competition was November 16 and the morning started with the Design Final 2. So far the designers had met the client twice and gotten feedback from him so they had a good understanding of what the client was looking for. The finalists could take their previous dashboard designs and work to improve them. In addition to that that they were also asked to focus on a new page/concept around the user’s profile/avatar and gamification items to motivate him to perform better.
https://www.flickr.com/photos/53993064@N03/45191339084/in/album-72157697814101270/

In the afternoon, the algorithm finalists competed for the Algorithm Finals, where we had our semifinal 1 advancers: tourist, Errichto, Um_nik, ACRush and semifinal 2 advancers: qwerty787788 ,  ksun48, Petr, _aid race for the big trophy.

Once the competitions were completed, the Topcoder Team Hall took place, where any member could send their questions or ask them live to the board of admins: Mike Morris, Dave Messinger, Adam Morehead and Jessie D’Amato Ford. A couple of questions were discussed about the future of Topcoder or where things are going for different tracks. It was awesome to see the staff putting the community at the heart of the business. Also, we found out that from the 4th above, Jessie, the TCO queen, was the one that is with Topcoder for the longest period – 13 years. 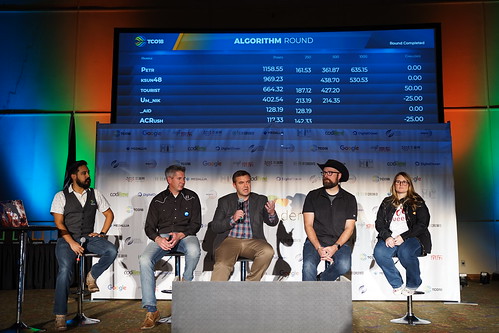 Then it came time for the much awaited moment- the Champion Announcements and Awards ceremony. Nick Castillo was the MC, who made the introductions and then invited Mike Morris on stage, who addressed a couple of thanks to the Jaipur team for helping as well to Cendhika and his great team for doing the videos and photos. Others like abedavera, oninxkronda, chekspir who helped with the live broadcast graphics were mentioned as well as our great bloggers. Not lastly, a big thank you went to Jessie, our TCO queen for putting her heart and soul in it and doing such a great event.

The first trophy that was awarded was the Spirit Award to birdofpreyru. The Spirit Award was started many years ago after we lost a few Topcoder members in tragic accidents. This award is in memory of those members we’ve lost and is given to the member at TCO who best personifies the Topcoder spirit.
https://www.flickr.com/photos/53993064@N03/45915515091/in/album-72157697814843630/

The First to Finish finalists were then invited to the stage and their champion was announced kondakovdmitry, followed shortly by asmn and gfzabarino. You can see the complete leaderboard below: 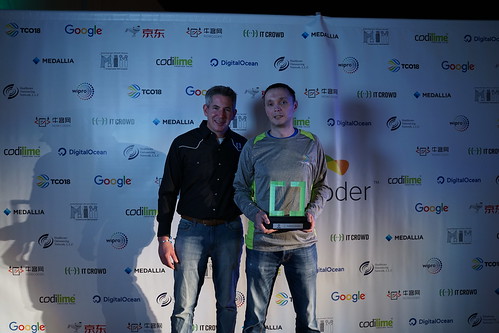 UI Prototype finalists were next in line to come to the stage. It was a tough competition, but in the end the moulyg, our champion from 2017, made it to first place.  The ones who followed were vasilica.olariu and iversonLv. 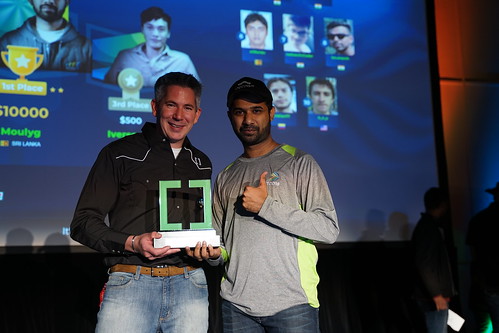 The Development competition was next in line. The members were invited to the stage and with suspenseful music the scores were revealed. We had a couple of members who had attended previous TCOs but what was surprising was the win of the trophy by ngoctay, who attended TCO for the first time. The second place was taken by deedee and third by N1k1tung. The rest of the positions were filled up as below:

The Marathon Match finals came next in the spotlight. The 12 finalists had competed for 10 hours on the VanishingMaze problem that lets you navigate a maze of tiles which disappear as you walk on them. It was a long and tough competition, but in the end, tourist was the one who became the Marathon Match champion (he also won 3rd place on the algorithm competition). Next in line were eldidou and wleite. 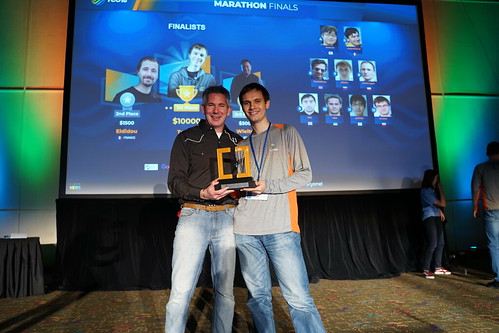 It was the turn for the design finalists to step up. They worked hard on the semifinals and design finals and had 2 workshops with the client who gave live feedback on the designs. This year’s champion turned out to be iamtong with an amazing design, while we had two second placements for abedavera and khusnunirawan. The third placement was taken by Ravijune.
1.iamtong
2.abedavera
2.khusnunirawan
3.Ravijune
4.yoki
5.riopurba
6.ssp555
7.djackmania
8.aveef
9.yiming
10.iaminfinite
11.PereViki
12.khanhlinh
13.universo 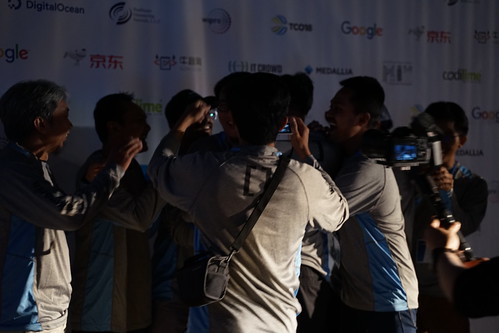 The much awaited algorithm finalists came next in spotlight. Each of them had competed in 1 semifinal and 1 final, a tight race, where some of them were eliminated. Petr became our TCO18 Algorithm champion, while ksun48 and tourist came in next positions. 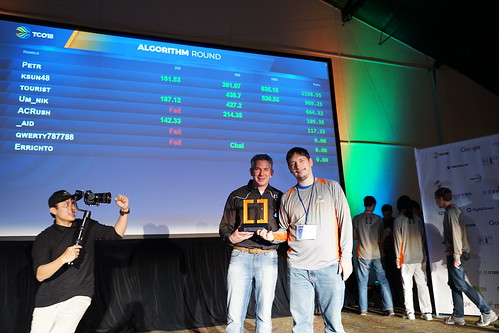 It was an exciting TCO, with rush and adrenaline, with joy and happiness. Congratulations to all our champions and finalists who competed and a big THANK YOU to the Topcoder Open Queen, Jessie and the other staff members who made this possible.

The evening closed with a rodeo at the ranch. 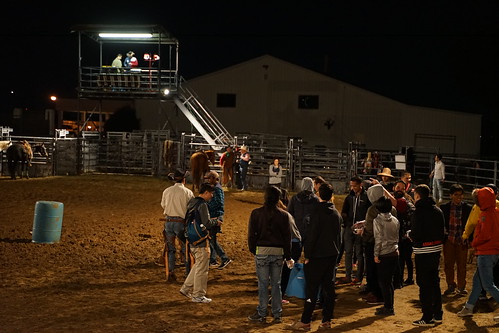 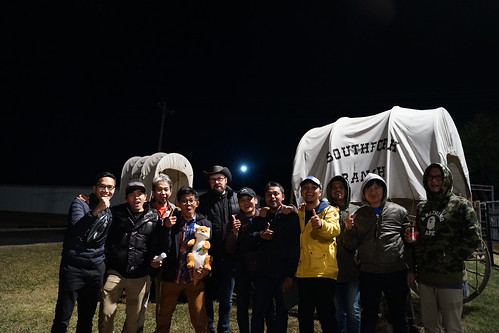 Work hard, play hard and see you next year!