What Skills Do You Need to be a Graphic Designer? 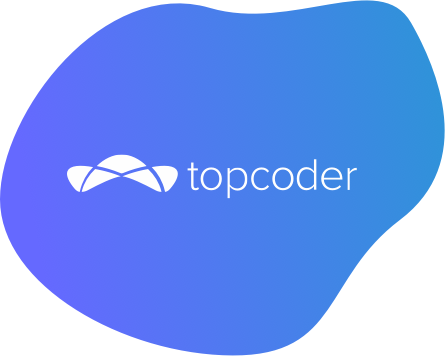 Graphic design is visual communication through creation of concepts or visual content to deliver a message to users. It follows common gestalt design principles such as simplicity, proximity, continuity, and symmetry, and requires both soft and technical skills in order to tackle projects in either the design or development track categories.
Gestalt Design Principles
Gestalt principles are laws or theories which a designer must follow to organize content and interface elements or other features required to make the website or web application appealing and easy for usage and navigation.

The proximity principle suggests that objects that are placed closer together appear to relate more to one another than objects placed farther apart from one another. In simple terms it means if an apple image is placed closer to a text “apple” then the image is related to text.

The symmetry principle states that an individual considers symmetrical objects to be related to one another. This means that elements or objects that look similar and equal are considered to be under one category or are within one group.

The simplicity principle states that an individual interprets the simplest form. For example, if an image consists of four lines, two vertical and two horizontal, and they are placed in a manner in which they form a square shape, then when a user looks at the image they will see a square object as the simplest form.

In graphic design, creativity is an essential skill for every designer. It is needed to bring the client’s requirements to life by creating visuals and to also come up with unique ideas to meet the requirements.

Every graphic designer should have critical thinking skills in order to solve any problems encountered and find ways to make changes on the project whenever requested by the client.

The ability to use gestalt principles or knowledge on different elements to be able to convey requirements through visuals, and be able to create well-structured and appealing designs.

Typography is a technique used to arrange elements, text, or visuals in order to translate a clear message to the user.

Ideation is known as idea generation. It is the process of being innovative by generating or developing ideas and communicating them through visuals in the design category. When it comes to development it involves the following sequence of steps: research, development, evaluation, and application.

User interface is the creation of graphics and use of typography to enhance the display and layout of a digital product such as a website within different device view modes.
Typography in UI
Typography plays a crucial part when it comes to creating the layout UI.

Typeface is a technique of lettering that can include variations such as size, weight, and width. Whereas,fonts are a collection of letters and words with the same styles, weights, and widths.

Main line and baseline are the main tools used to align or place characters in a straight line form to create a neat presentation.

Whitespace is also known as negative space, which is the area between elements in a design composition. For example, the space between the two words “Hello World” is known as whitespace.

Alignment is the manner in which text is placed or justified. It can be left side, right side, center, or justified.

It involves the adjustment of space for a group of characters that form a word or text block.

Kerning is a process that involves adjusting the space between two types of characters, for example “a b”.

Leading is the space between the lines of a text, the standard leading is 120% point size of the font.

Frontend is the development of the user interaction layout within the website or web application.

Stated below are the coding languages used to create or develop elements for the user interaction.

Also known as HyperText Markup Language it is used to create a structure or layout for the user interaction elements.

Stands for Cascading Style Sheet which is used to simplify the process of making the web pages look presentable and used to style websites.

JavaScript is a scripting language used to provide a website or web application with a dynamic look, layout, or behavior.

It is extremely important for a graphic designer to be familiar with the most common technologies used for the creation of visuals in design and develop UI elements in frontend development.

An application used to design and create visuals and prototypes for websites or web applications.

A macOS-based application used for UI/UX designs and creation of UI elements.

How to Improve Skills in Graphic Design

What skills do you need to be a graphic designer?

A graphic designer is a creative expert who is in the field of creating concepts and ideas in the form of desi...
Read More

Graphic design is a form of art that utilizes design elements to deliver a message to audiences. It has existe...
Read More