How to build Docker images

As a first step, we need a Dockerfile to build an image. So, let’s try to understand what that Dockerfile does. A Dockerfile is a text file with a series of commands in it.

You begin by defining the base image for your Dockerfile. In this example, Nodejs base image was used. The image name is “node”. We define the base image using the “FROM” keyword.

Using the “Label” command you can define the maintainer of the project.

“Run” command is very useful. You can execute shell commands using it. In this example we clone the git repo. After you clone the repo, “WORKDIR” changes the working directory to “todo” directory where the source code resides.

After changing the working directory we need to install the application dependencies. For Nodejs applications we use the npm package manager. We can use the “Run” command to execute the npm install. Since we are not interested in the out of the npm install command, we can direct the command output to /dev/null.

“EXPOSE” keyword specifies that containers from the built image should listen on this port.

CMD keyword lets you define the command you want to run during the container startup.

You can read more about the Dockerfile in the official documentation. It is nearly impossible to cover everything about Dockerfile in a single blog post. 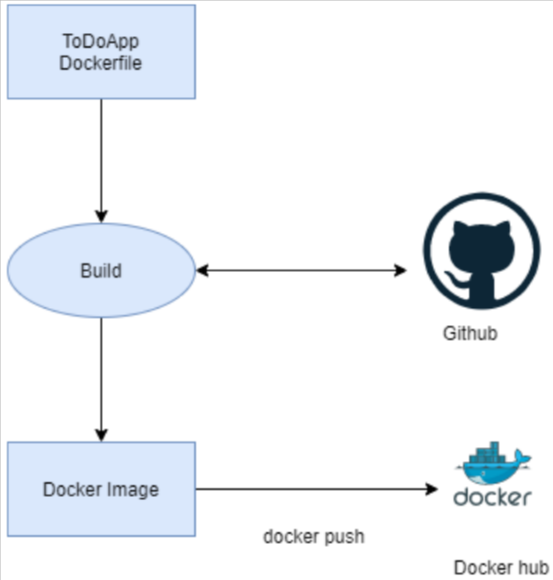 Once you build the image you will see the image ID. However, it is really difficult to keep referring to your image by the ID, so we need to tag the image with a friendly and meaningful name.

For our example we could tag our image as

Docker tagging is used for multiple reasons. Using Docker tags we can build reliable CI/CD pipelines. Each application change can be captured as a Docker image and stored in the registry. If required, it will be easy to roll back to the previous version of the application.

Looking for work? CHECK OUT TOPCODER DEVOPS FREELANCE GIGS What is Docker? Docker is a containerization techno...
Read More

Deploying Apps to Heroku with Docker