Impala is a new query system led by Cloudera. It provides SQL semantics and can query PB-level big data stored in Hadoop’s HDFS and HBase. Based on hive and using memory for calculation, taking into account the data warehouse, it has the advantages of real-time, batch processing, and multiple concurrency. 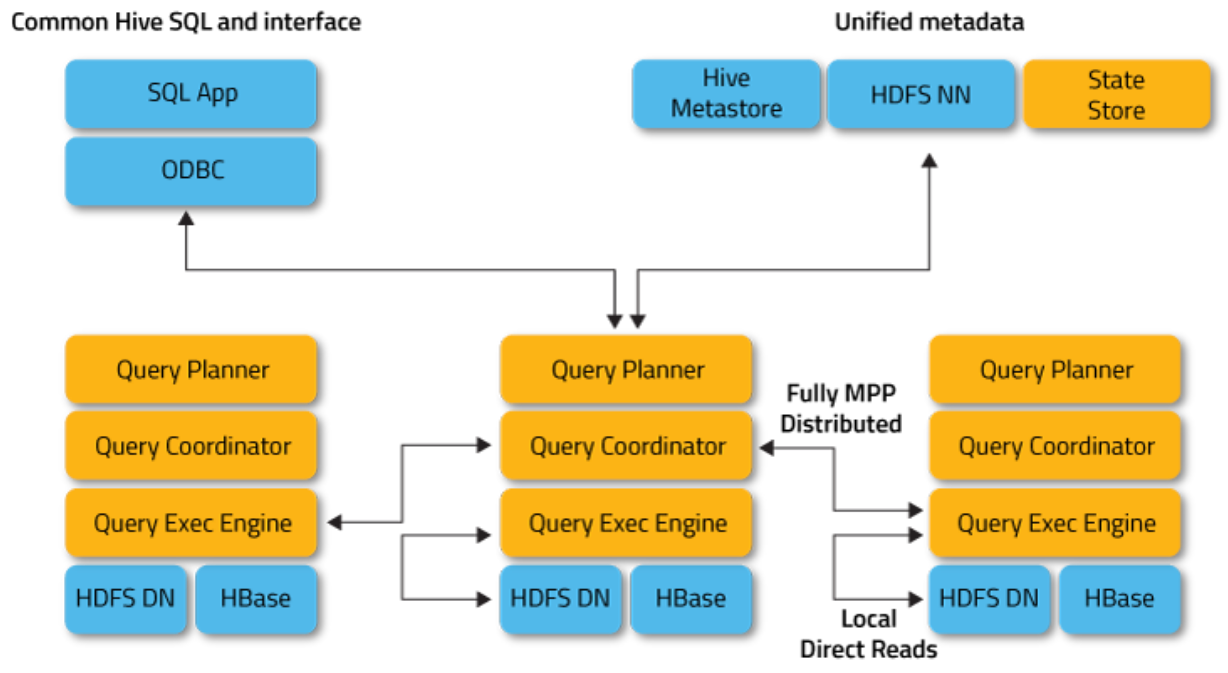 Impalad is the main work computing process of Impala. It is responsible for receiving client requests, becoming a coordinator, and then parsing query requests, splitting them into different tasks and distributing them to other impalad node processes. After each impalad worker node process receives the request, it starts to perform a local query (such as querying the data-node of HDFS or the region server of H Base), and returns the query results to the central coordinator. The coordinator collects the requested data and returns it to the client.

This is the meta-data change synchronization process. Since each impalad can act as a coordinator, when a node receives a data change, such as an alter command, how do other nodes know about it? It can be synchronized through the catalog. The change of each node is notified to the catalog process, and it is synchronized to other nodes. Each node maintains a copy of the latest meta-data information, so that you don’t worry about inconsistent data.
The specific process of the query: 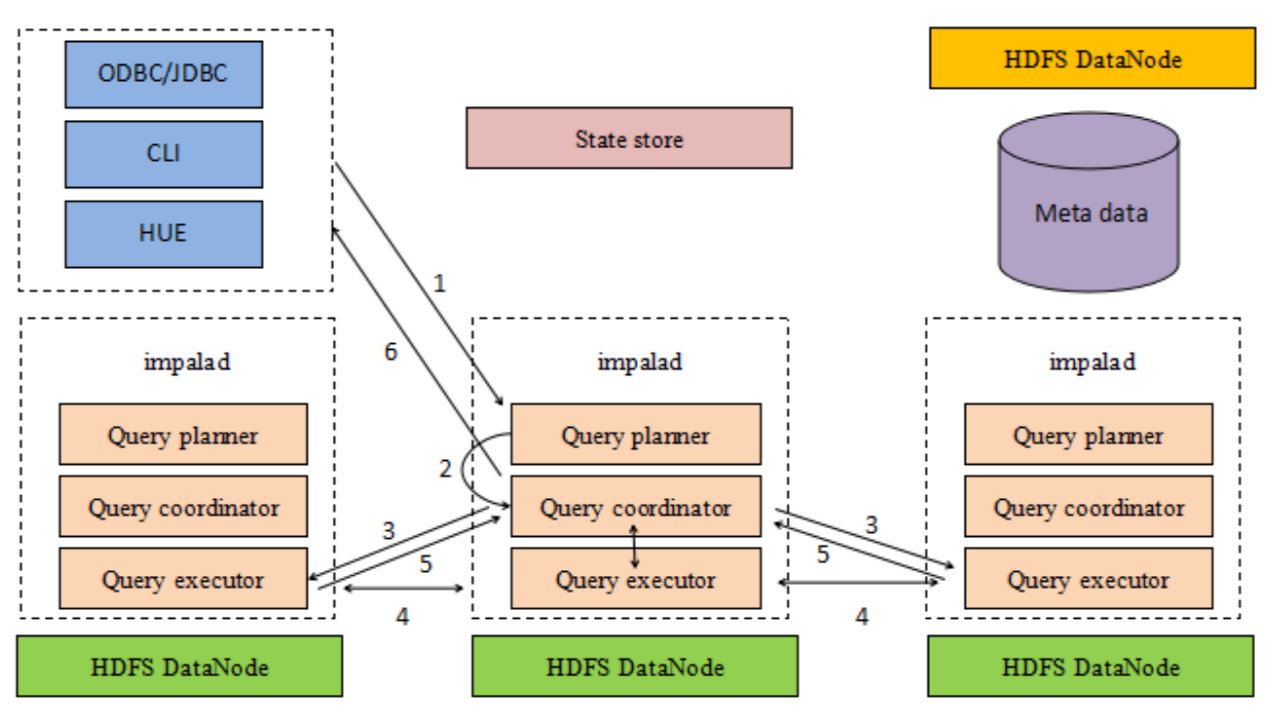 1. Client submits tasks
The client sends a SQL query request to any impalad node, and a query Id is returned for subsequent client operations.

2. Generate query plan (single machine plan, distributed execution plan)
After the SQL is submitted to the impalad node, the analyzer performs SQL lexical analysis, syntax analysis, and semantic analysis in turn. The analyzer obtains meta-data from the MySQL meta-data database, and obtains the data address from the name node of HDFS to obtain all data nodes which store the data related to this query.

Fragment: a sub task of the distributed execution plan generated by SQL;

4. Data dependency between fragments
The output of each fragment is sent to the next fragment through data stream sink. During the operation of the fragment, it continuously reports the current operation status to the coordinator node.

5. Summary of results
The query SQL usually needs a separate fragment for the summary of the results, which only runs on the coordinator node, summarizes the final execution results of multiple nodes, and converts them into result-set information.

6. Get results
The client calls the interface to obtain the result-set and reads the query result.

Installation and deployment of Impala

2. Download the installation package and dependent packages
Download to all rpm packages and make them as local yum sources for installation.

4. Modify the configuration of Hadoop and hive

All nodes modify the Java path of bigtop.

Enter the shell window, input impala-shell on the master node, and when you see the host name and port number, the installation and deployment is complete!

Through Hue’s impala query tool, you can quickly query and analyze the data in the data platform, as follows: