For all User Interface designers, the work of user interface design and prototyping are two interrelated things. Starting from the beginning of making UI designs, from low quality to high quality, which will later be carried out the prototyping process.
Of the several prototyping tools, there are some that you pay for and some that are free. Even for the paid, you can usually try them for 30 days and if you feel it fits you can upgrade to the full-license version. If you want to seriously pursue the field of UI / UX design, you must also master a variety of prototype tools and their terms. 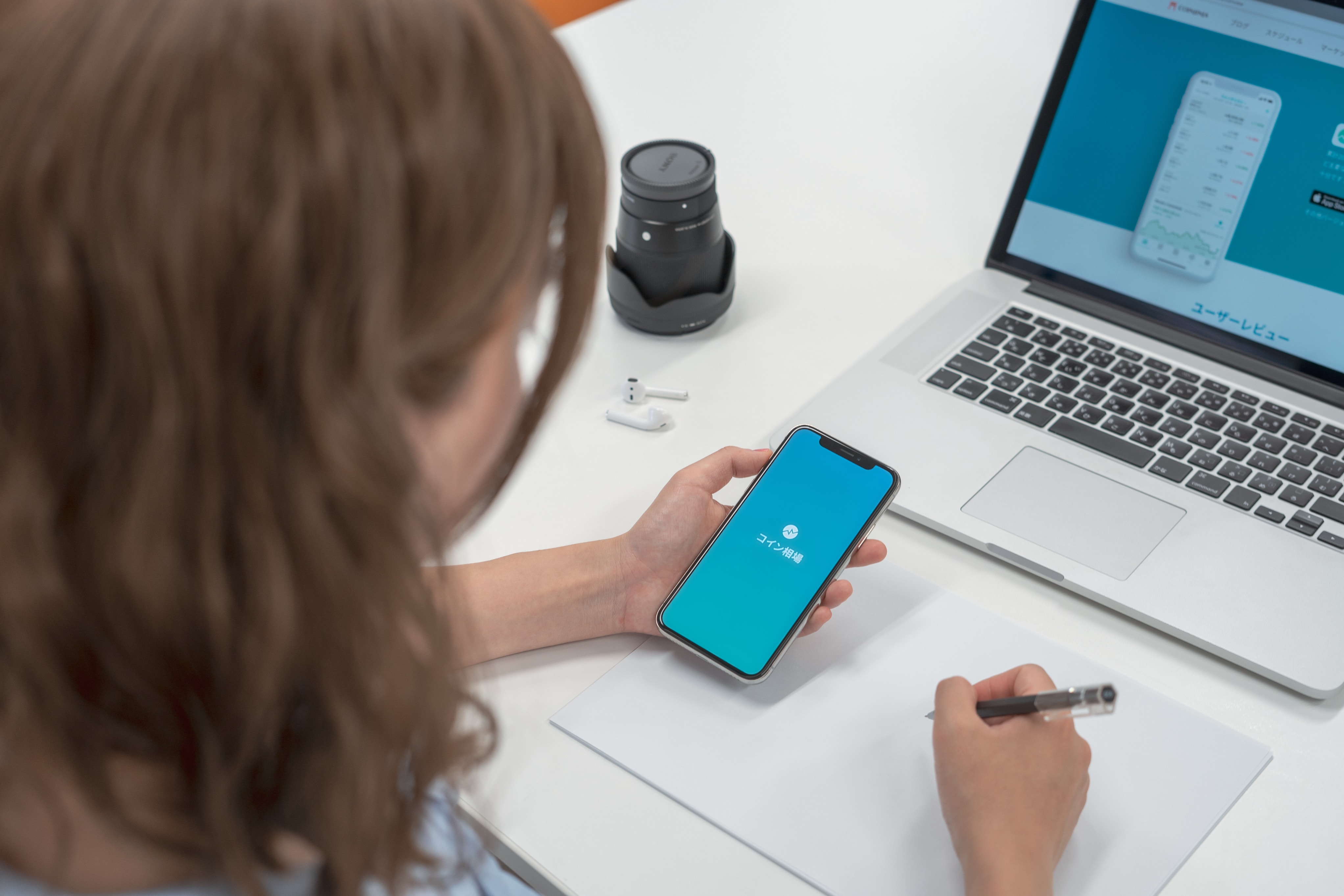 Prototype tools help designers and clients to collaborate on a project in real time. Clients get visual images of and interactions with what solutions will actually be made. The clients are always looking for interactive prototypes. This prototype allows clients to get an idea of your designs, interactions, and ideas. Looping and sharing capabilities are actually one of the features of the prototype tool. The ability to collaborate quickly about the ideas you produce and share them with your clients or team is a very useful feature in the prototyping process.
In this article, I will explain prototyping tools that will help you design the user interface & get solutions faster.

Marvel is a prototyping tool used for every UI design challenge in the Topcoder community. You only need to ask for the marvelapp link from the co-pilot who is responsible for the challenge via the challenge forum or directly to the co-pilot email. Next, you can start making a prototype of your design.
Marvelapp is very popular and the right choice when you want to generate brilliant ideas quickly and design a user interface. Like other prototyping applications, Marvel has a very neat appearance so that beginners can understand it quickly and marvelapp will simulate your design through prototype between pages. On the prototype page, the client can see interactions between pages and also provide comments along with annotations so the designer knows exactly which elements need to be fixed.
Marvelapp allows you to import designs directly from the Sketch application and provide template sizes, components, colors and icons that can be used on each prototype. Layer features found in Marvelapp are useful for adding elements on the screen. Prototype management is easier because you can create folders for each project. You can upload designs to Marvel, then add motion and transitions. Marvelapp supports importing files such as JPG, GIF, and PSD and also has integration to cloud-based applications, such as Dropbox and Google Drive.

The Pricing Plan of Marvelapp for each version 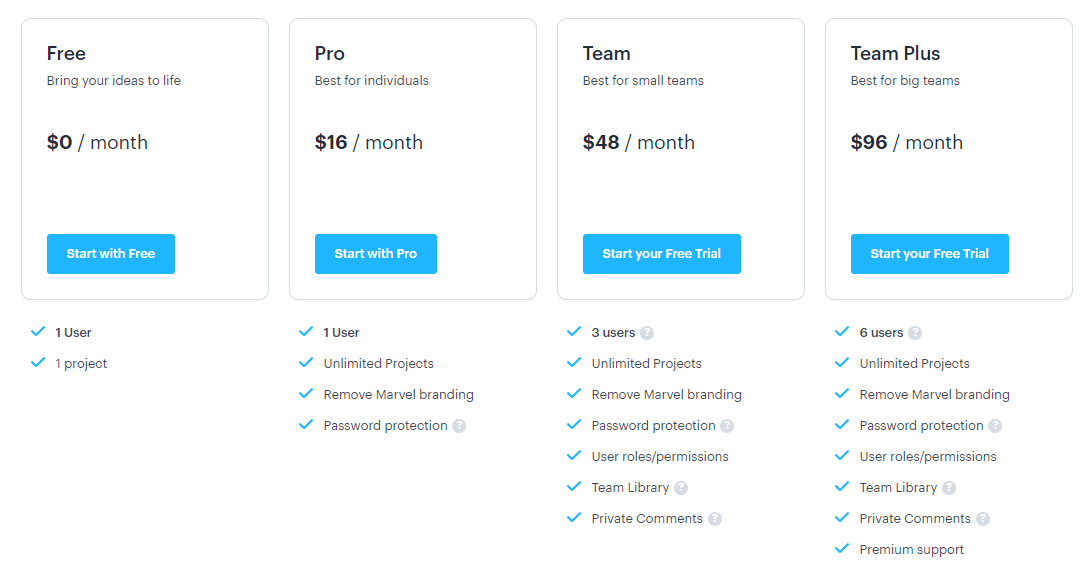 InVision is by far one of the most popular prototyping tools in the world. The developers of InVision regularly update the latest features to help designers create a better prototype flow. With the project management features that InVision has, you can create workflow statuses. Like making a list for a plan, ongoing, require review and approved, and of course, with the drag feature you drop the components of your design into the progress list. You can set interactions and animations to static designs. InVision supports several types of files, including PNG, JPG, AI, GIF, and PSD. It also has push and pull integration with applications such as Box, Slack, Dropbox, and Trello.
The most prominent feature of InVision is the project collaboration feature, which allows all users to provide feedback, edit and view product changes in real-time. InVision also offers complete services for various device geniuses, such as to make prototypes for mobile phones, so that it can simulate how the prototype works from real mobile phones.

The Pricing Plan of InVision for each version 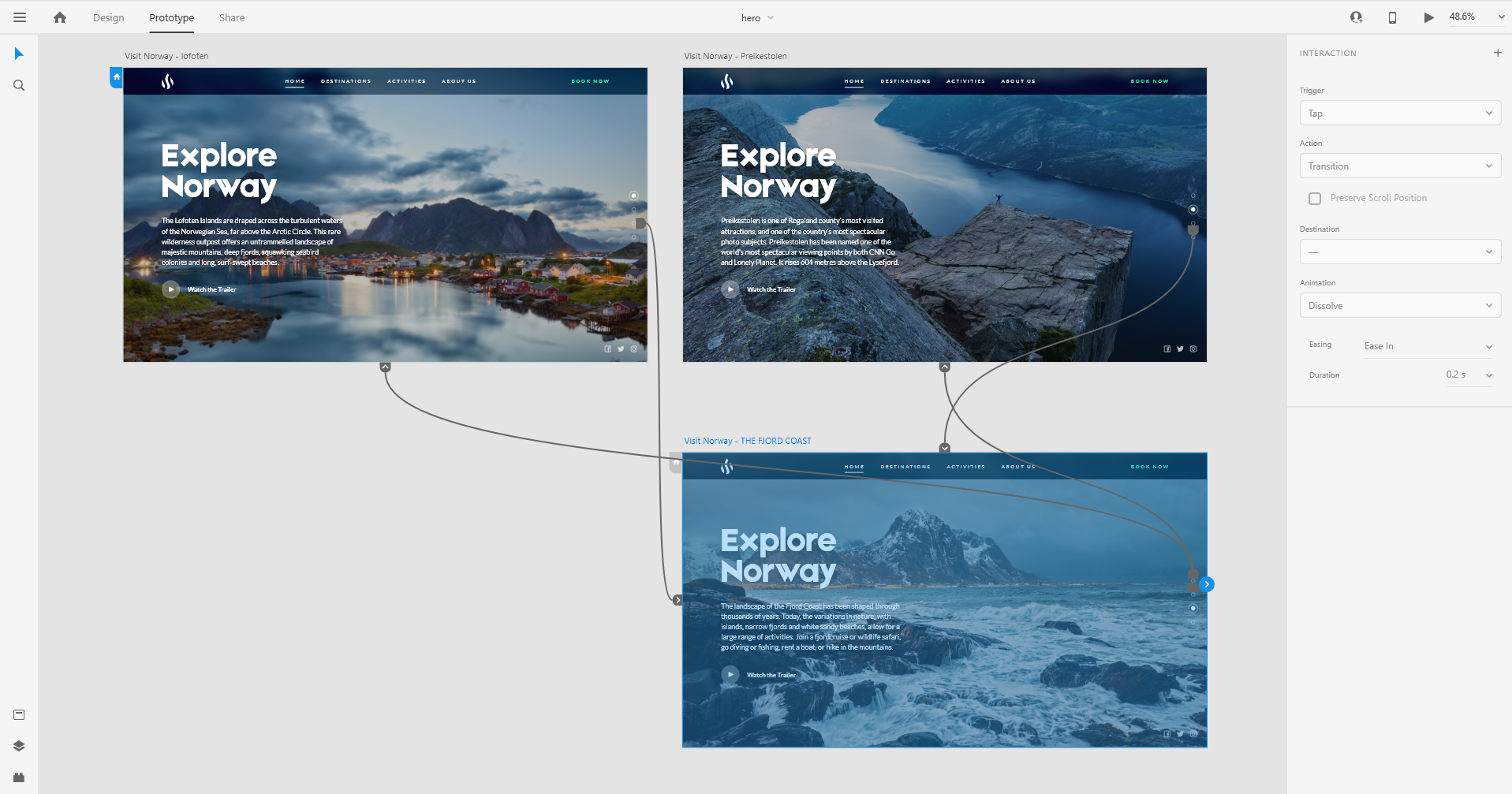 Adobe XD is focused on two tabs, namely design and prototype. The design tab displays tools for designing and the prototype tab is for prototype purposes.
On Adobe XD, you can easily switch from design to prototype directly inside the application. Also, you can add interactions and share with teammates and clients to test the appearance and interaction of your designs. With the integration into Adobe Photoshop and After Effect, it will further facilitate the design and prototype process.

The Pricing Plan of Adobe XD for each version

In conclusion, these three tools are good tools for prototyping design. As for me, I currently use Marvelapp. This is because of my experience competing in the Topcoder design community in which it has proven to be very helpful in collaboration between designers and clients that Topcoder has.
Each prototyping tool has different advantages, disadvantages, and specialties. There are many more prototype tools out there that I did not include in this article because most have the same features as I have written.

In the end, it is all about choosing the prototype tool that is most suitable for you. If you want to compete in the Topcoder community then you have to use Marvelapp, but if you want a free one that makes it easier for you to design and prototype simultaneously then you can try Adobe XD.