I will always remember the first Topcoder Open Final I ever participated in and the experiences I had during it back in 2016. As one of the finalists, I brought my camera to record the competition activities for my personal documentation, just like anyone else excited to see and experience things for the first time. I started to move back and forth, trying to capture the best angles and moments possible. While I was doing that, a woman who seemed to be the busiest person there approached me and shouted: “You aren’t supposed to do this, just focus on your competition.”

This was Jessie, the Global Community Coordinator of Topcoder and head organizer of the TCO. Jessie is responsible for making sure the whole TCO event runs smoothly and ensuring every finalist who came from various countries to compete, including me, gets the very best experience there. So naturally, she said that because she wanted me to really enjoy the event without doing additional work that was already handled by people who were hired for it. However, because I enjoyed it and I did it without being asked, I assured her that I really wanted to make a video on my own initiative about this extraordinary opportunity. She approved it but what was more surprising was Topcoder gave me access to record the interview process with the clients during the competition. This was such a great opportunity and privilege! Not only was I able to experience the most amazing programming, data science, and design competition but I also had something beyond the experience to take home with me. Who would have thought that moment would be the thing that changed my life as a designer, as well as the beginning of Topcoder’s trust in me to become the official videographer of the upcoming TCOs. I do this in parallel with my full-time job as a Senior UX Interaction Designer for GE, a job offer that I got right after taking third place in the TCO16 UI Design Track.

Even now as I write this post, I still can’t believe that small initiative led me to many opportunities to work on Topcoder’s video projects. For me, the chance to be flown from Indonesia to the US every year to specifically document TCO events has become an extraordinary and fortunate opportunity. Especially because I am able to meet with Topcoder friends. In this documentary project, I even got the chance to go directly to their homes and participate in their daily life. I flew to five countries in one month on three different continents. Working while visiting friends, traveling and learning about culture all at once – it was too good to be true!

Well, the idea of making this documentary actually came from Jessie a few years ago. We had a chance to talk about a film that would record the struggles and journey of members to become finalists and fly to the US from their home countries. It would be an inspiring yet unique story of competition, friendship, and lifestyle – the true nature of the Topcoder community.

At that time, Topcoder still didn’t wasn’t sure about the possibility of this idea coming to fruition. But, a few years later, Jessie was really excited to ask me to create a realization of the plan we discussed earlier. Apparently, there was a fresh idea from Wipro (the parent company of Topcoder). The Wipro marketing team wanted to create a documentary about the gig economy lifestyle starring Topcoder community members. Finally, the production of the documentary would happen!

Producing this epic film has been such a big responsibility for me. At first I felt total excitement but then followed some nervous feelings, especially when I thought about the expectations of Topcoder and Wipro for the end result. Both Wipro and Topcoder’s hope for this phenomenal project was certainly big. During the pre-production meeting, Laura, CMO of Wipro, asked me very technical questions, like the strategy, how to record sound, distribution of tasks, and so on. Although I had been engaged in the field of photography and videography for more than eight years, this was the first time I had been given an opportunity to make a film on a transcontinental scale. I instantly imagined all the extreme planning and logistics in locations that I had absolutely no idea of at all. Moreover, we only had approximately one month to prepare everything from visas in various countries to tickets, hotels, etc.

To make a good documentary, deep research needed to be done. Fortunately, I’m a competitor and also a member of the Topcoder community. Besides having the advantage of understanding the gig economy, I also knew the subjects based on the relationships we had in the community. Of course this greatly facilitated the planning and production process. Moreover, the Topcoder community is very supportive. This was proven during the planning and production process, during which I received a lot of help.

Thomas, PereViki, Sergey, ScottWu, and Nithya were the five subjects selected by the team for the film. I personally had not met Nithya before, while the other subjects were known to me. We had several chances to meet during past TCOs. Thomas is the community member who often stopped by during TCO documentation. He is a fun guy. Viki is a critical figure but very friendly and a little bit shy in person. I remember how difficult it was to get Viki to appear in front of the camera. But it ended up that Viki’s story was something really emotional in the documentary (good job Viki!). Sergey is a very cool and calm guy. I bothered him a lot during the TCO event. His modeling debut can be seen on the Topcoder website ;). I always relied on Scott to get deep into the context of TCO because of his great communication skills. This guy is very clever. These five Topcoder community stars and their support are the reason I had confidence in this project and got so far with the documentary.

Besides super troublesome logistical arrangements, the main preparation was for the story ideas. My task was to simply record their daily activities and lifestyle, and be open about any unexpected things and improvisation in the field. However, when the filming process began I needed an awareness of the most ideal conditions for the expected end result. The storyline was a tool to drive me to the right interview questions and expected answers in accordance with the message and theme we wanted to deliver.

Equipment preparation is closely related to the decision for the number of production crew needed. In the most ideal conditions, a film production usually consists of at least one director who leads and determines the production flow, a Director of Photography who focuses on the visual aspects and usually serves as the main cameraman, and a second camera to record video from the other angles at the same time. An audio engineer who focuses on recording audio is also very important. Because after all, for a documentary with no additional voice over narration, the audio from the subject and ambient sound will really define the context of the film. A lighting tech/Gaffer is also ideally used as the person responsible for managing artificial light to bring more character to the subject, stimulating certain lighting such as sunrise or sunset and even turning day to night and vice versa. To make a production with a large crew like I mentioned above certainly makes things easier and saves a lot of energy. But, for the production of this Topcoder documentary, I dared to invite only one person, none other than my own wife.

Although it was only the two of us who were working on the whole production process, that doesn’t mean we skimped on anything. The selection of two crew members is based on a variety of considerations:

* I wanted to be fully responsible and ensure all aspects of the production were under control.

* My wife and I wanted to be able to move fast and be agile and make the subjects feel more comfortable and less intimidated than they would being surrounded by many people.

* The selection of the right equipment made it possible to do many things at once.

My job as a director was to record the main angle while also driving the conversation with the subject. I needed a camera with 4K image quality that I could operate in conjunction with my interview activities. The position and direction of the subject’s eyes must be the same as my eye level so that the video looks natural. I had to be able to move quickly and freely to get various image angles but also get as steady an image as possible. I had to be able to keep recording the audio conversations with the subject even though I was not recording video. Voice interviews with the subjects must be recorded without a lot of noise disruption. I also needed to be able to record ambient sounds, including people who were interacting with the subject, if needed. I am going to write another post just to talk about equipment for anyone who is interested :).

Ferita’s duty, as second camera and assistant, was to record video while moving to get camera movement effects, which later made the video more dynamic. She needed additional tools on the camera to reduce unnecessary shaking. Things we needed to keep in mind while planning were the size and weight of the combined equipment as we did not want it to burden us much and drain a lot of energy.

Lighting is one of the most important factors. So, even though the team consisted of only two people, I still insisted on bringing lighting equipment, even though in the end it was very busy. On top of an exceptional story, it’s also very important to deliver the best visual to the audience.

There were a lot of things going on during production. Some fun and unexpected things as well as things that really let us down for a moment. Stay tuned for the next blog post. Hopefully you enjoyed the video. 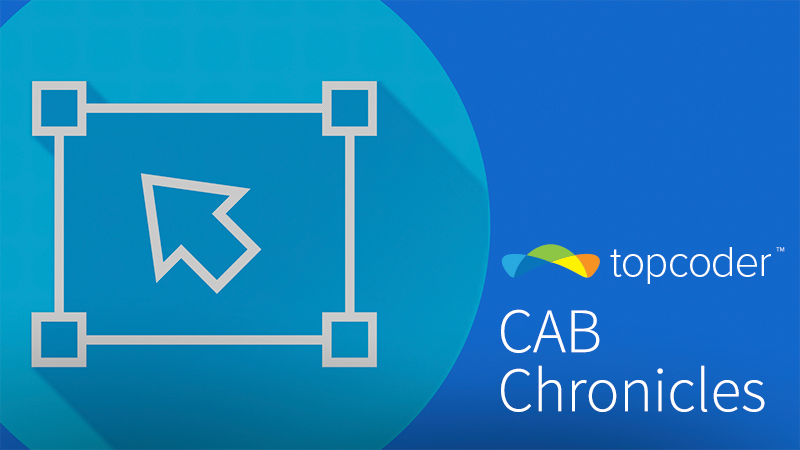 7 Tips to Be Successful in Topcoder Design 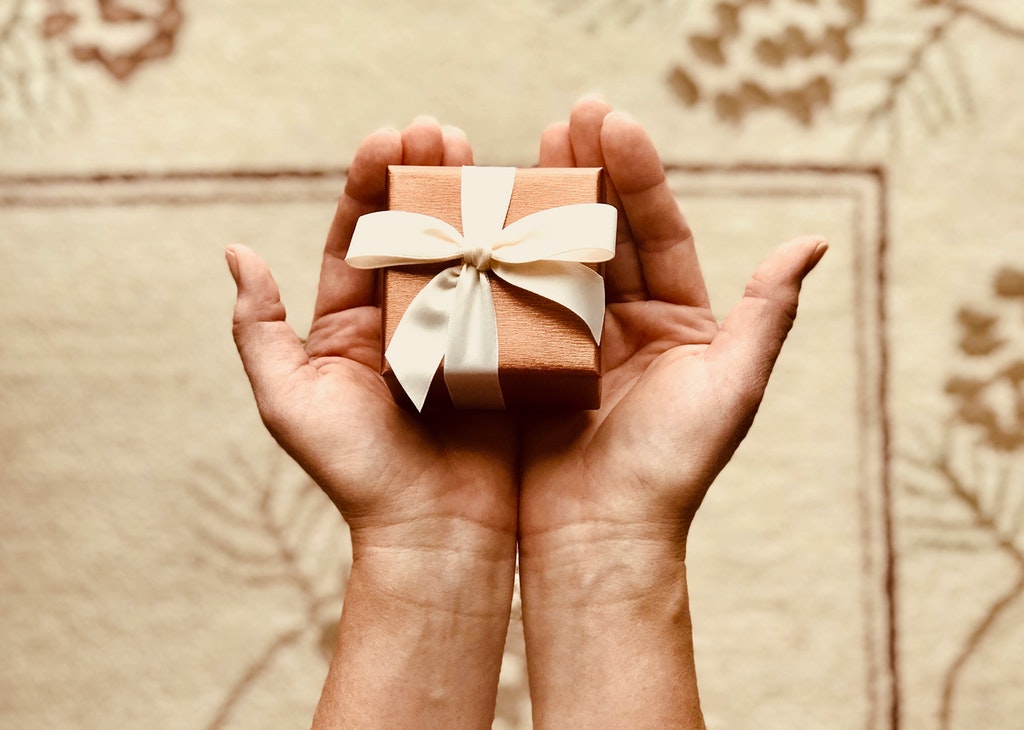 The Second Annual December’s Big Give is Here: Bigger & Better!

2020 State of the Community Message from CEO Mike Morris