Please note that these projects are proof of concept exercises and in no way related to or affiliated with any of the referenced entities.

For my solution, I built a Web Application which can be used as a Recruitment Signing platform. The Goal of the Application was to make Contract Creation, Collaboration and Contract Signing easy, seamless and secure for both the Candidate and the Employer.

I leveraged the Adobe PDF API and Adobe Sign API to build the web application.

HOW I APPROACHED THE CHALLENGE

First, I became familiar with the Adobe PDF API and Adobe Sign API functionalities needed for my solution.
The Create PDFs API and Convert PDF API were available in Node.js Java .Net. As I was building a React Application, I chose to explore the Node.js APIs.

1. Create PDF API
I could explore different formats such as dynamic HTML; Microsoft Word, PowerPoint, and Excel to create the PDF.

2. Convert PDF API
I could convert existing PDFs to popular formats, such as Microsoft Word, Excel, and PowerPoint, as well as text and image. Both these APIs were useful for the Employer to create and amend a Contract.
Next I explored the APIs which helped in Collaborating in the Contract between Employer and Candidate.

3. Annotation API
This API could be used to Collaborate and Comment between the Employer and Candidate. We can add, update, and delete annotations. The Candidate can comment on sections which need clarification or changes, and the Employer can clarify and make amends when necessary.

The application had to support two types of Users:

On the registration screen, there should be an option to select the role of Company or Candidate. Form had the validations for all fields

After the registration is completed, the user can log in and will be taken to the Dashboard screen.

Once the Employer (Company) Logs In, the Application presents a simple sorkflow for Contract Creation.

A Notepad Editor was embedded in the Application for writing the contract. 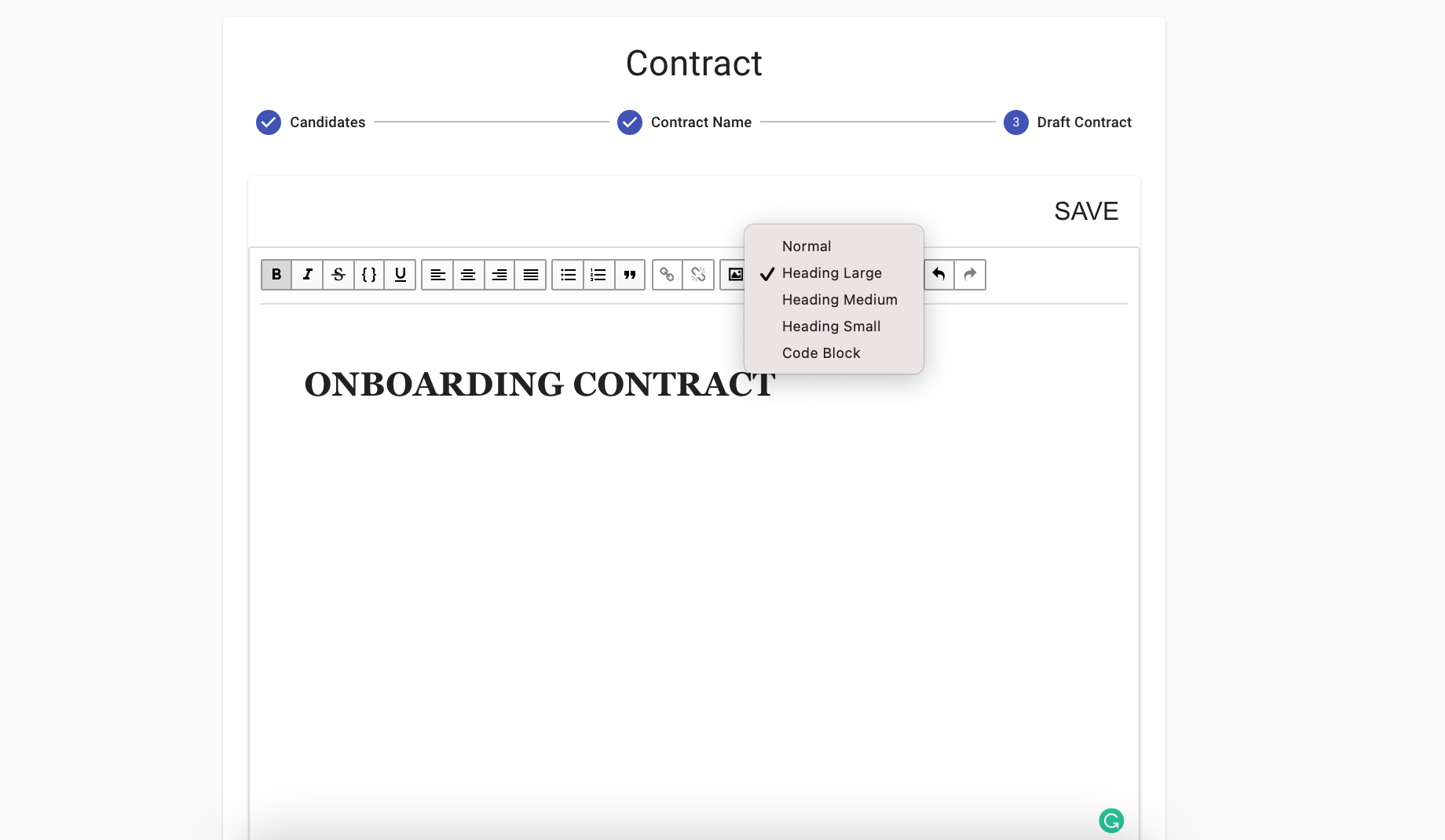 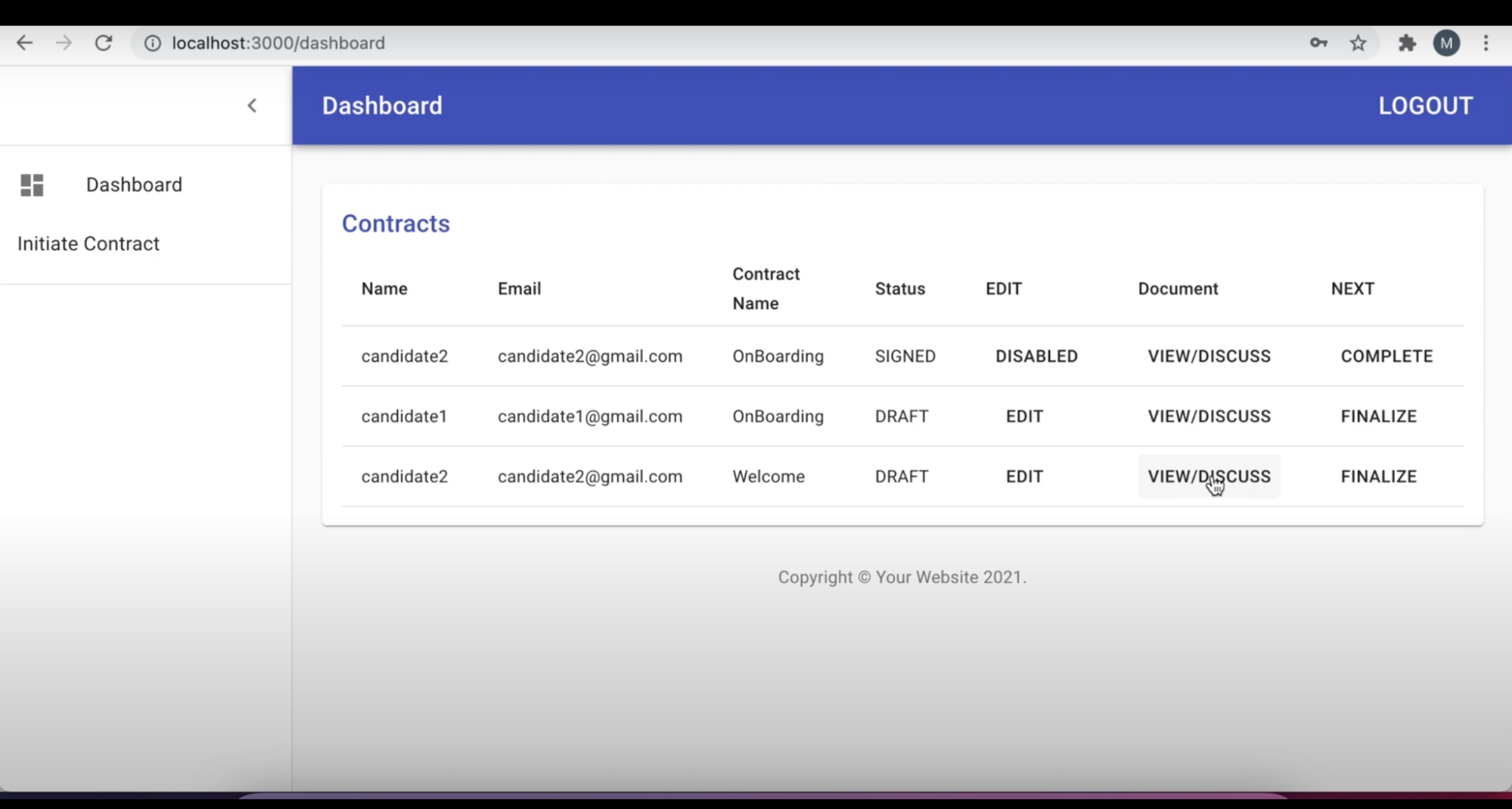 After this Step, the Contract becomes available to the Candidate to View/Comment for clarification and collaboration.

Once created, Both the Employer and Candidate can collaborate to finalize the Contract. 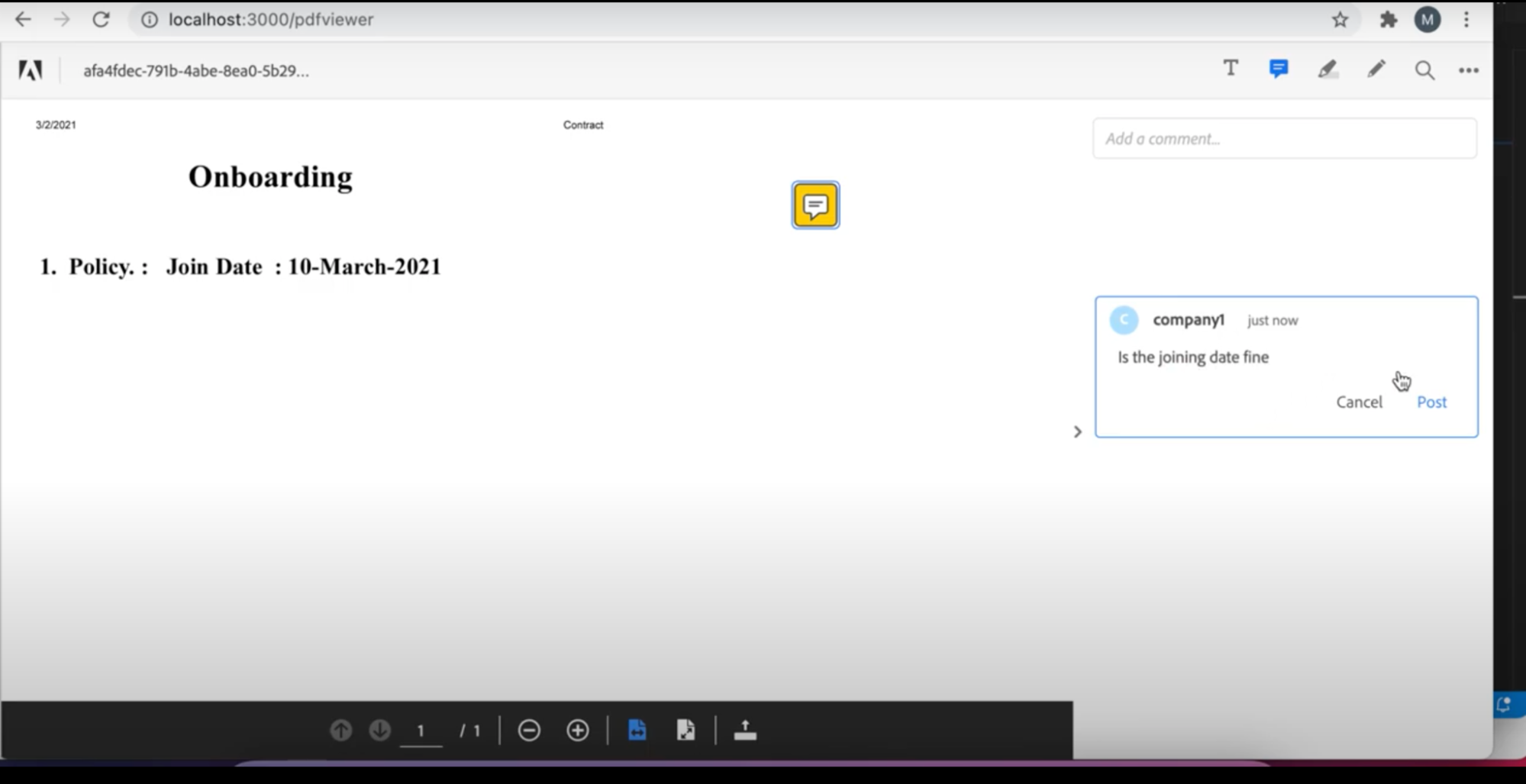 Once the Contract is finalized, the Agreement can be initiated from the Employer, and The Candidate and Employer both sign.

Candidate and Employer can Digitally sign the Contract. Once the Agreement is Signed, both parties can download the Agreement. 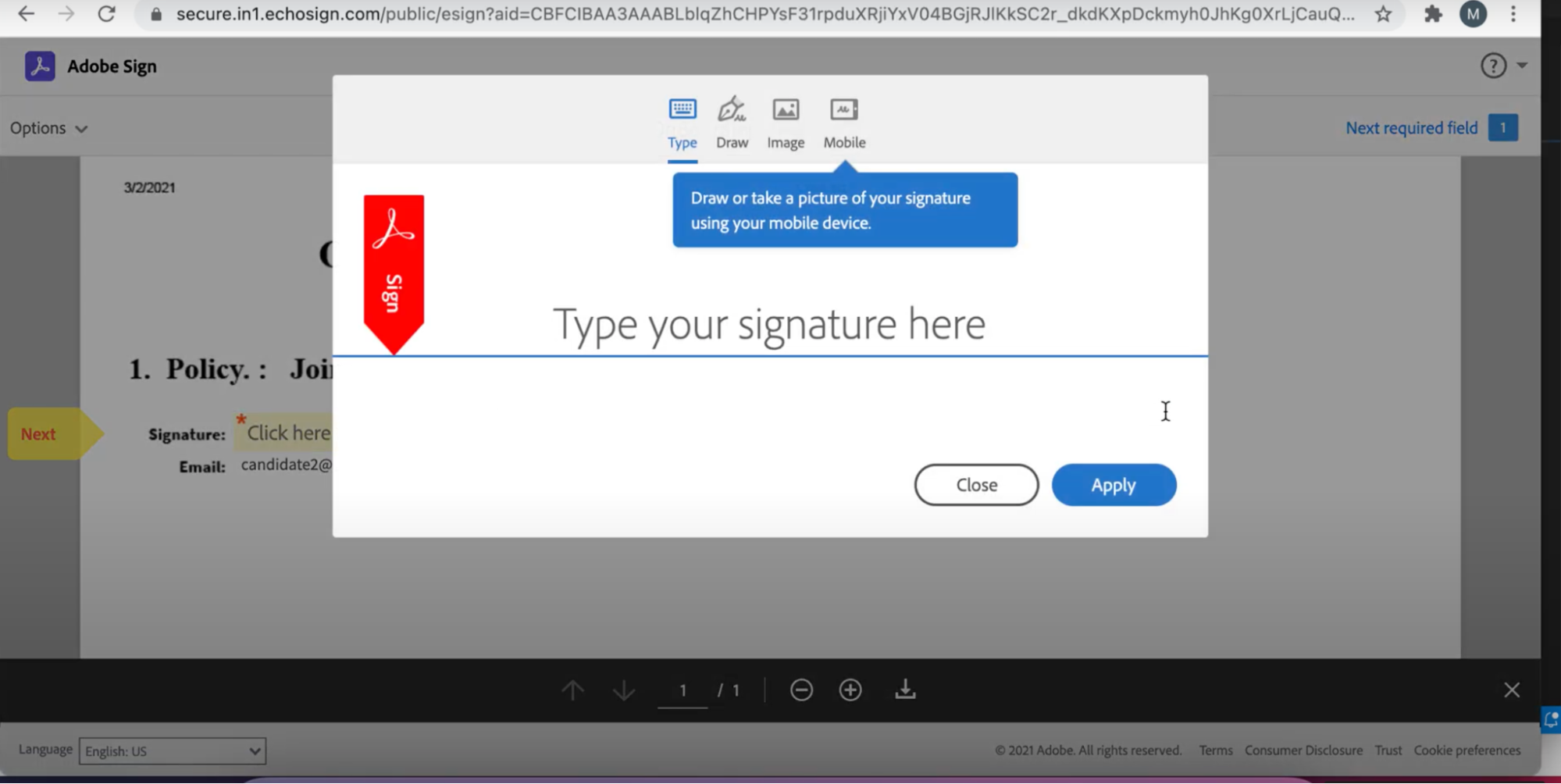 As I was an Android Developer, this was my first time exploring Web Development. The Documentation and the Sample Examples and Demos provided in the Adobe website helped me get started easily, and I was able to complete the Project quickly.

BACK TO SHOWCASE LISTNEXT SOLUTION