March is the International Month of the Woman. We celebrate this today by profiling Dinil Yoviethra – (Dinilyoviethra) -the first and only woman to attend Topcoder’s inaugural Design Bootcamp. The Design Bootcamp began in February and consisted of five intensive days studying UI skills onsite in Medan, Indonesia, followed by five weeks of online learning about UX through participating in Topcoder challenges. Only twenty Topcoder members were selected to participate.

Dinil is a university student from Medan studying computer engineering, and is serious about design. She has her own business selling makeup and skin care products, and loves to travel. Something that intrigues her about designing is combining many colors and components into an interesting, cohesive thing. Dinil also mentioned that she loves photography, which is a perfect complement to the qualities she loves about design.

A few months back, around the same time she left her position in digital marketing, she found the bootcamp registration information and signed up immediately. She was looking forward to practicing fonts and learning more about color combination during bootcamp. Also, Dinil would like to learn more about Topcoder and eventually compete. She was introduced to Topcoder in 2016 by her friend Arnando (@ndondo_) but has not yet completed a challenge unrelated to the bootcamp.

Amid the bootcamp’s onsite portion, Dinil reported that everything was running well. At first, she was nervous about meeting people with more experience, but was happy to be with others who also have a passion for learning and felt she was meeting great mentors. She mentioned that the presenters were highly experienced and absorbed in sharing their knowledge.

After the onsite intensive, the five week online portion of the bootcamp began. Unfortunately, Dinil started this portion of the training with a major toothache (too many sweets during the bootcamp?), but reported that all was still going well. When I emailed with her during week two, she was participating in the TC Design Bootcamp Microsite Fun Design Challenge  and was not feeling overwhelmed with the time the challenge, or the training as a whole, was taking. She also mentioned that she would like to do the whole training all over again.

Like so many other members, one of Dinil’s favorite things about Topcoder is the community. She loves how members help each other out. Learning and friends were referenced in our conversations, with Dinil mentioning members cendhika and riopurba as inspiration. She looks forward to meeting other members from different regions in the future and talking to them about their experiences.

Dinil felt that being the only woman in bootcamp was very special. We think so too!  Thank you, Dinil, for participating in the first ever design bootcamp and for letting us get to know you more. We can’t wait to see what great things the future holds for you and hope to see you winning some design challenges soon! 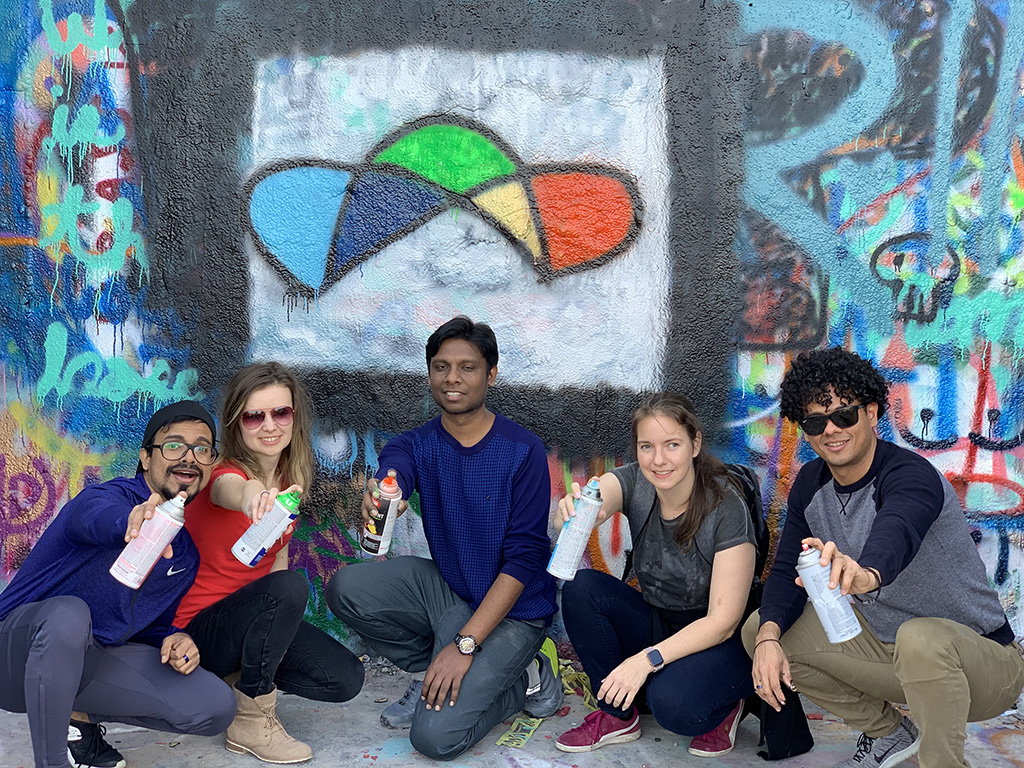