Topcoder competitors Kriii and tchizh placed first in Division I and II respectively for this fast-paced SRM.
SRM 733 was sponsored by Harvard-NASA and hosted by Topcoder. The problem setter was [ltdtl].
This fast-paced and extremely exciting Single Round Match featured graphing problems and two heroes in the arena of SRM winners. The problems featured in this SRM are discussed by lg5293.
There was three hours and fifty minutes to register. The coding phase lasted one hour and fifteen minutes, giving the competitors ample time to prove their mettle.
At the end of the coding phase, Kriii led the leaderboard as well as Division I followed closely by kuniavski and 2rf. The challenge round then commenced at 1:20 p.m UTC -4 and there was a mad scramble for the opponents to find issues in each other’s code in fifteen minutes. The most fascinating challenger to watch was sky_love_high as he successfully challenged six other Topcoder competitors.
At the end of the competition, Kriii led Division I with a whopping score of 1629.96 points. The competitor was followed closely by kuniavski (score of 1325.08 points) and 2rf (score of 1183.12 points). 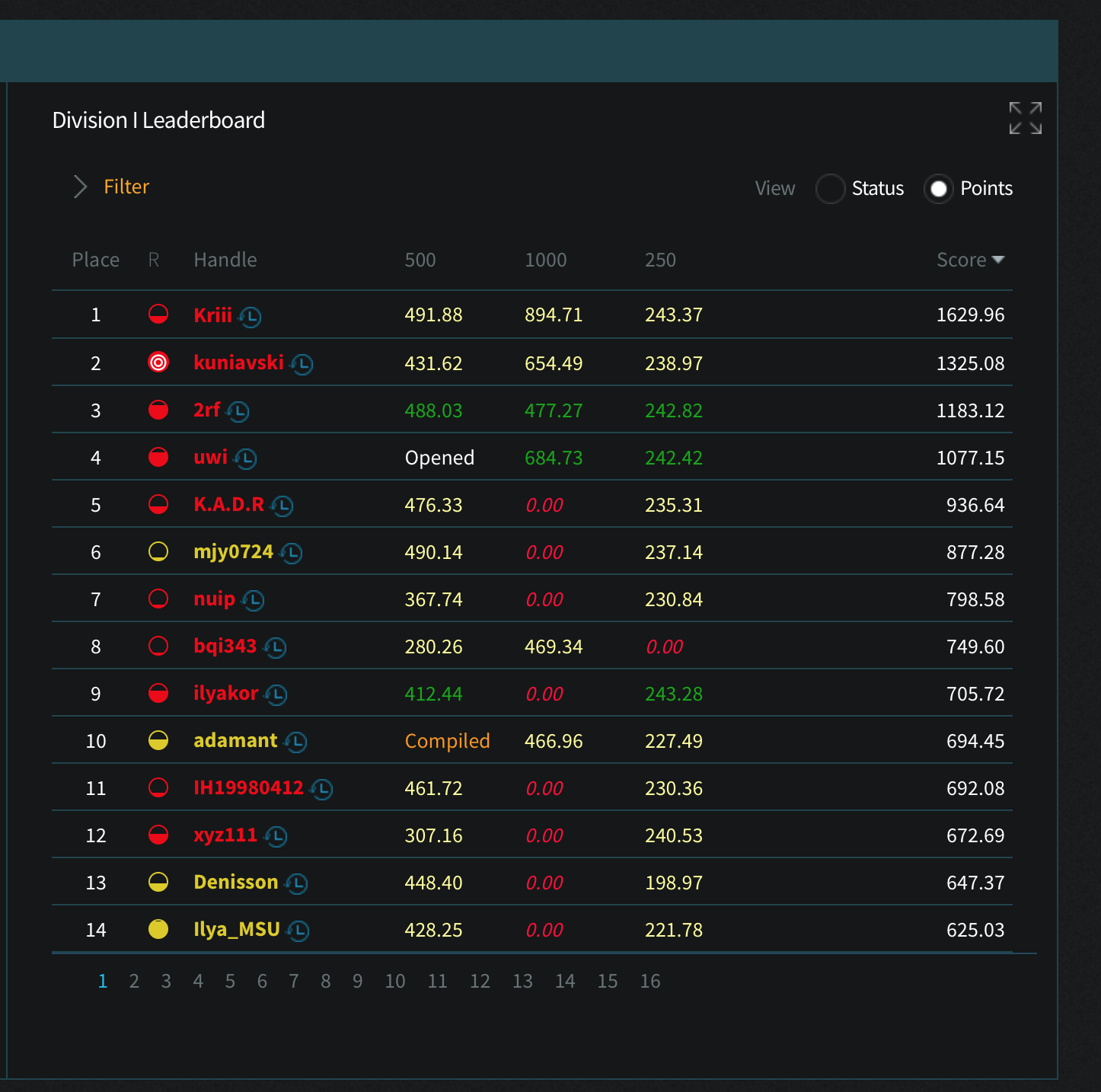 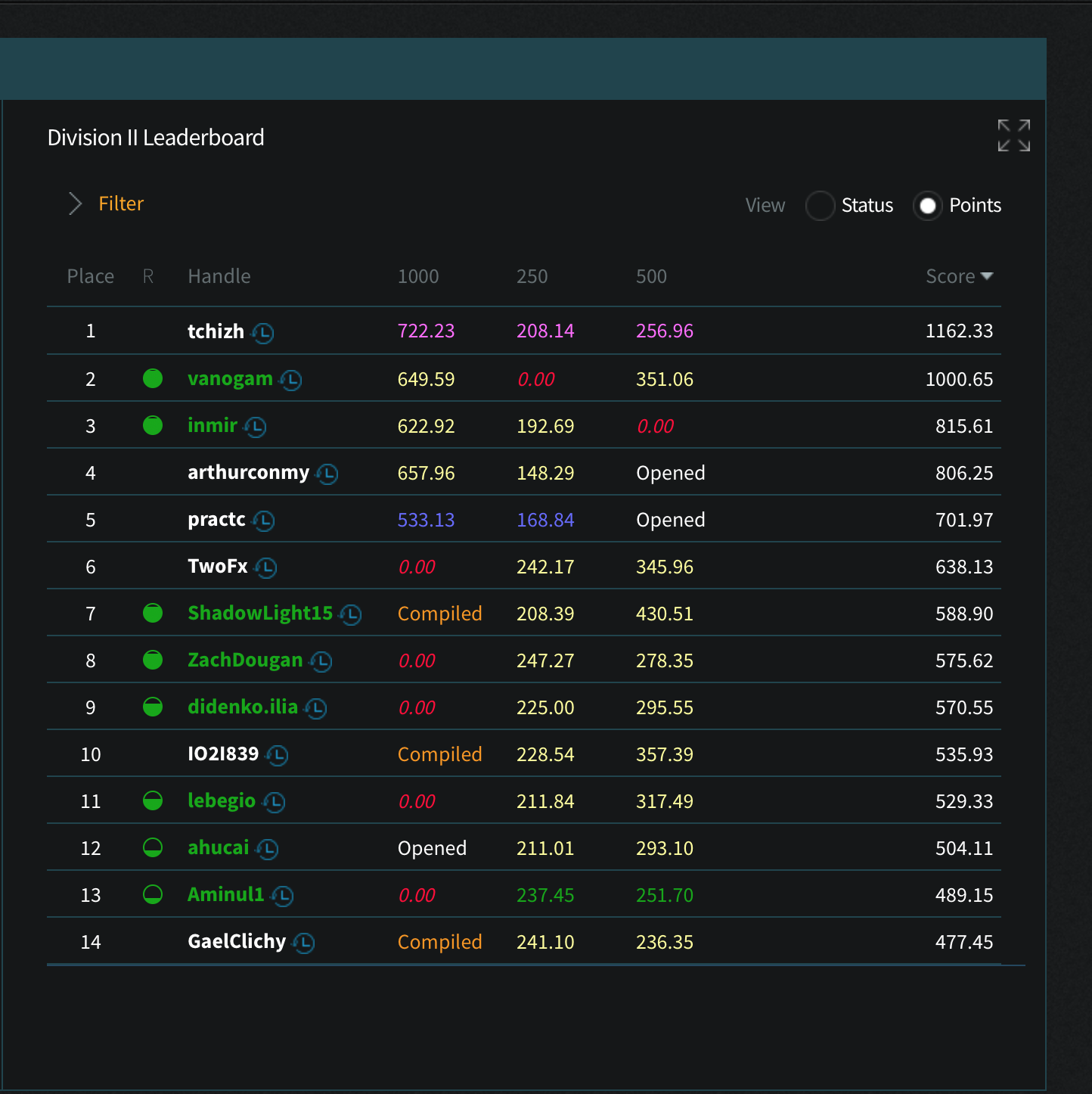 Congratulations for all those who have participated. If you would like to know more about how to become involved in Single Round Matches, look no further than this handy guide. We look forward to seeing you for the next SRM.

Help us Celebrate SRM 800 with a Party & Prizes!