Onsite battles are always interesting where members are head to head and competing against each other. Here at Humblefool Cup finals every year we get to see some of best student programmers from the northern part of the country come and compete onsite.

It was great to experience an interesting match between the finalists. Last year we had a gruelling battle with 3 hard problems and an SRM styled completion and gargabhay, praran26 and dg_310 took the podium came out at the top and won the coveted title. 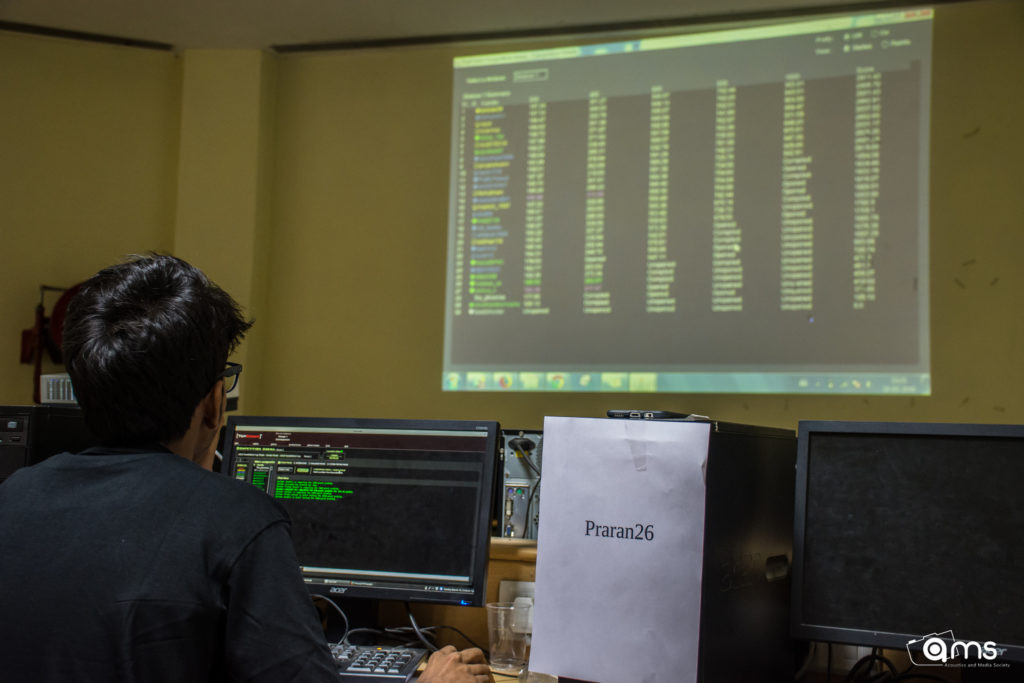 This year I decided to have easier problems but more in number to make it more interesting and have speed as a factor in deciding the winners. Eventually, I realized these finalists were too good for those easier problems.

Here’s how the match unfolded – The match started at 2:45 PM India time with 5 problems and as expected in seconds we could see the submissions coming into the 200 point problem. 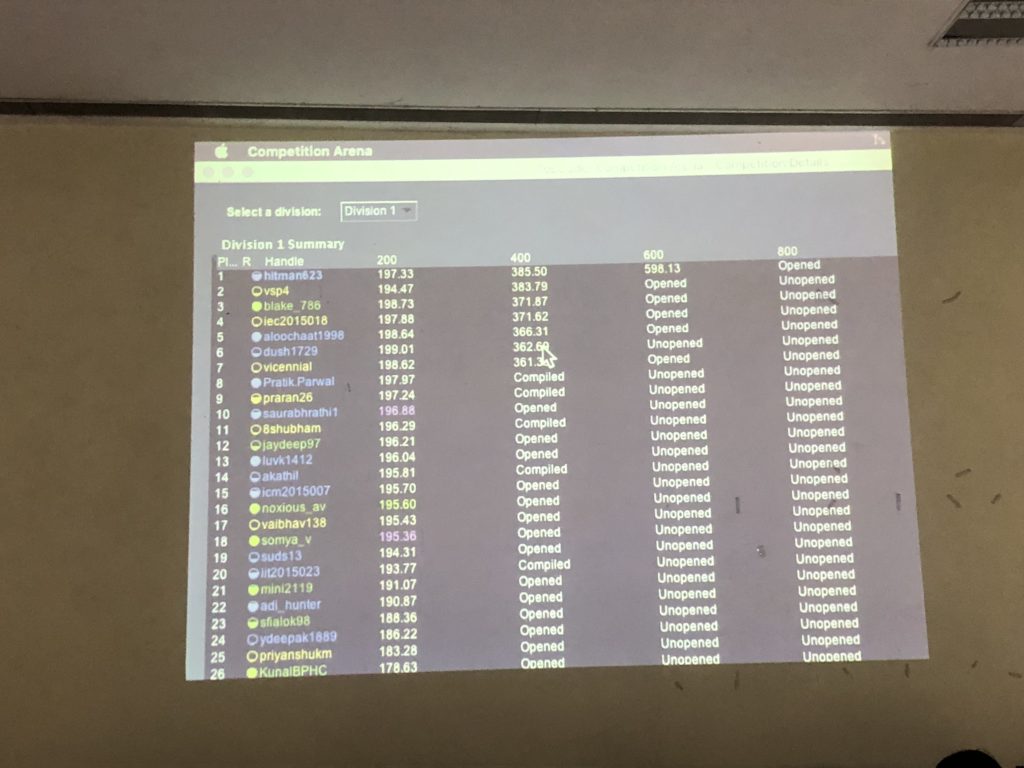 It was going as expected and pretty normal until we saw that hitman623 submit 3 problems in 15 mins. This is where I started to realise -I might have to come up with another round to make it hard for these students.

Within one hour we had praran26 leading the leaderboard with hitman623 and vsp4 right behind him. The point difference between the top 3 was less than 20 points and 30 mins were still left in the contest. 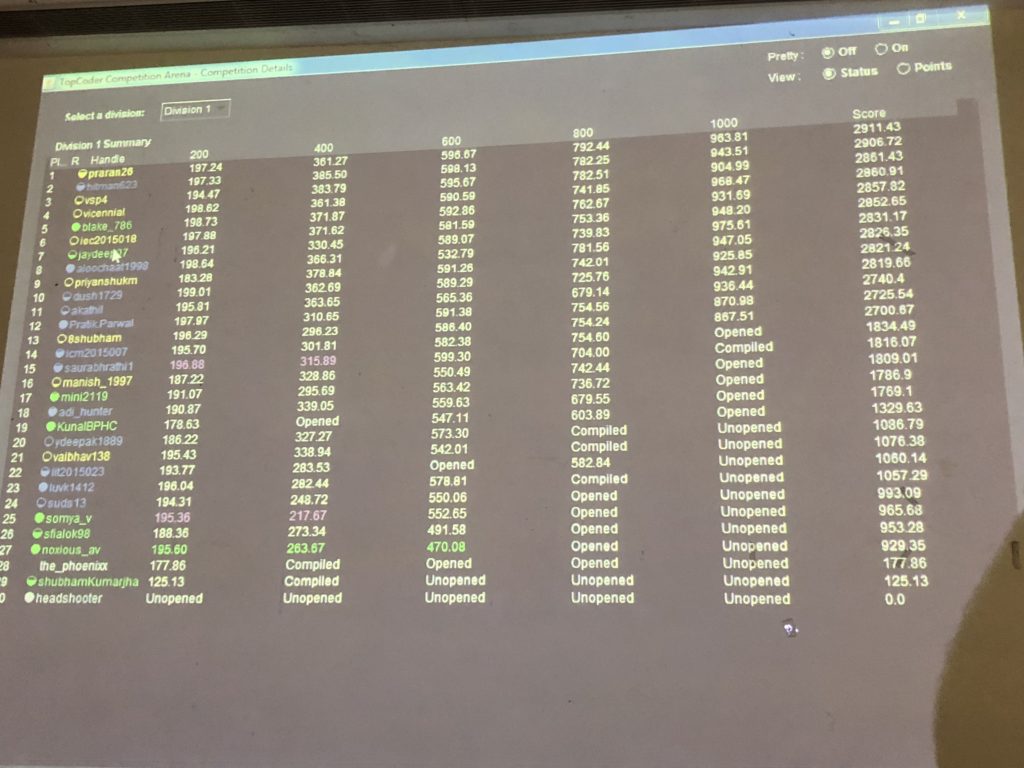 Almost 10 competitors had done all the problems by then.

In the last 30 mins, I had another round with three graph problems. Once the members were done with round 1 they could go and compete in round 2.

30 mins 3 DivII Medium problems were a little hard and. This time praran26 got the first problem after 15 mins of programming, later dush1729 too got 2 problems while hitman623 choked in this round and unfortunately was not able to submit anything.

Everyone was waiting for system test phase results. We first showed the round 1 results and later round 2. In the end, praran26 came at the top in both the rounds. But it was dush1729 who made the full use of Round 2 and received around 200 points in the 2nd round to move up to the runner’s up position. 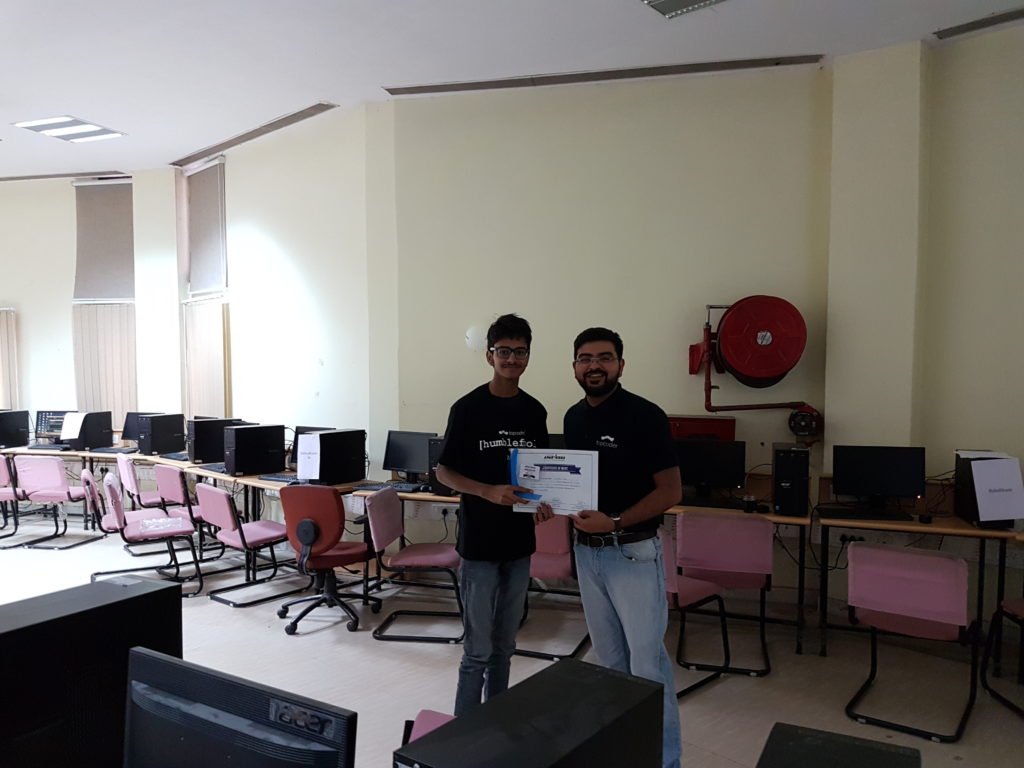 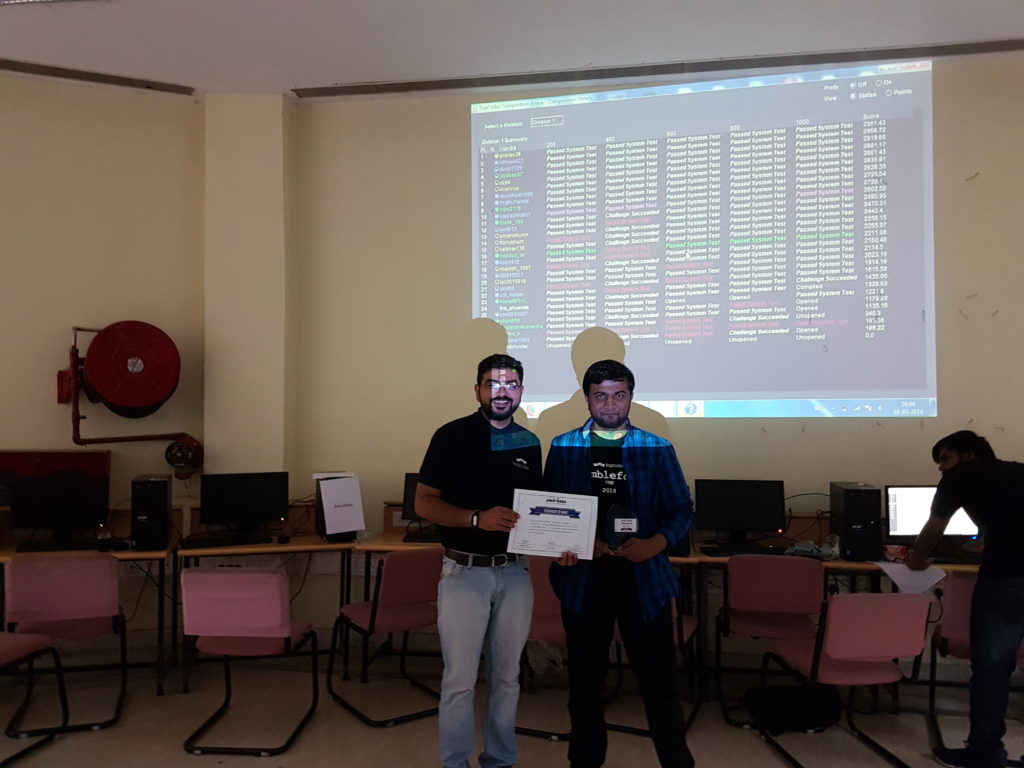 Next SRM 732 is on March 29th. See you all in the arena!
Don’t know how to compete in Topcoder SRMs?

Check out this guide to know how to compete in an SRM.
You can compete using: