June 9, 2017 Ask a Member: Building and Deploying an App for Topcoder

We often work directly with members of the Topcoder Community to execute on development and design work for Topcoder. Sometimes, our members even take it upon themselves to build things that directly benefit the Topcoder Community. Recently, Sandeep Yadav (known as hi4sandy within the community), a Topcoder member since 2011, built an app for the community called TimeKeeper. The idea was to streamline and improve the UI for the members’ view of Topcoder challenges. (The TimeKeeper app is now available in both the Apple App Store and the Google Play Store.) We spoke with Sandeep about his inspiration for the app, his experience with Topcoder, and his tips for new developers.

Why did you decide to build this app?

I always wanted to harness the power of mobile, tablet, and other gadgets — especially iPhone, iPad, and Kinect for Xbox One. But the biggest question was: How to do this? Objective-C and Swift are new to me and learning them — so as to build professional apps — takes a lot of time. (And even after all of this effort, these apps didn’t run on Android!)
After my experiences with some of the recent Topcoder challenges — many UI challenges, as well as with the recent advancement in CSS3 — I had the faint idea that I might be able to build a decent cross-platform app that could run on all these cool devices we use nowadays.
Initially, I thought of building any arbitrary app. But later, I decided to go with a Topcoder app that could be more useful to myself and others. When building this app, there were plenty of enhancements that could be added. I was very much excited to build them all — so excited that I dropped the plan to submit in AutoGuys UI Challenge 4.
After working for a few days, I was able to build a two-page app. This is how it looked (v1.0.0 and v1.0.1): 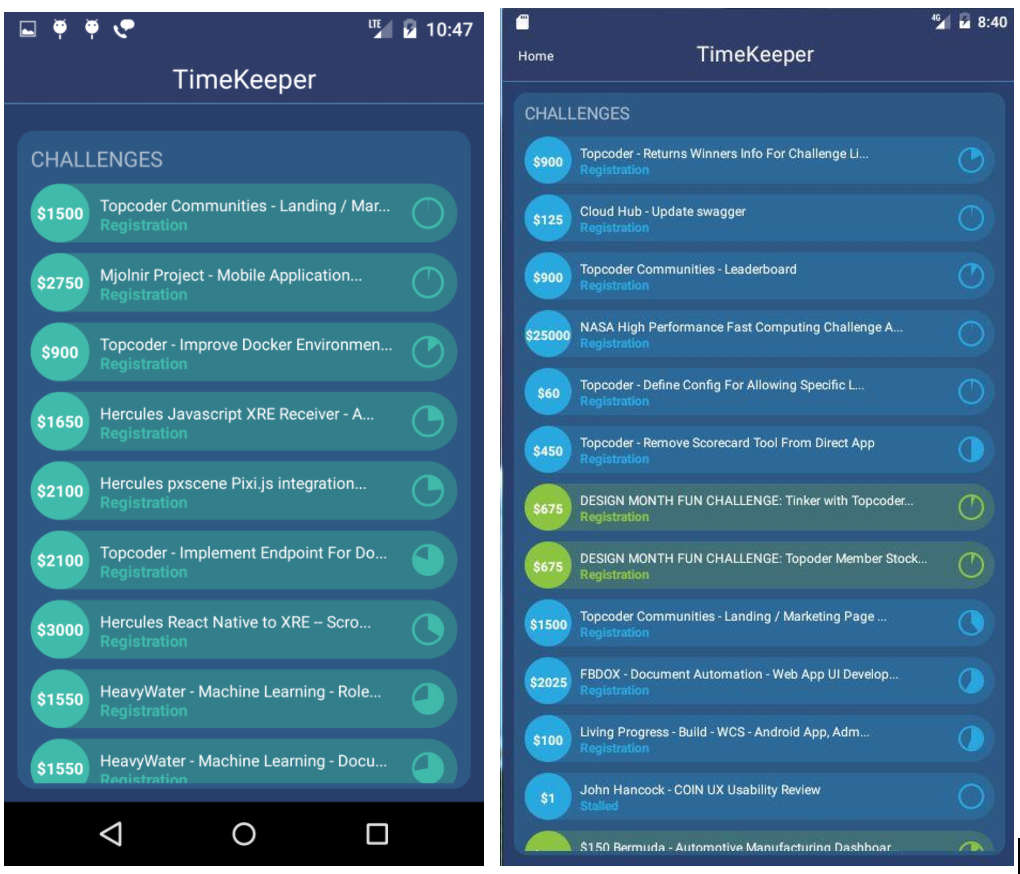 I managed to deploy this on the Google Play Store, but got rejected by Apple. App submissions on the Google Play Store and Apple App Store requires you to create around 12 app icons and up to 5 screenshots for iPhone and iPad, and some more icons and images for Android phone/tablet.
This is a picture of my late night testing from the dinner table… I took this photo so that I could remember the very first moment of launching my first app: 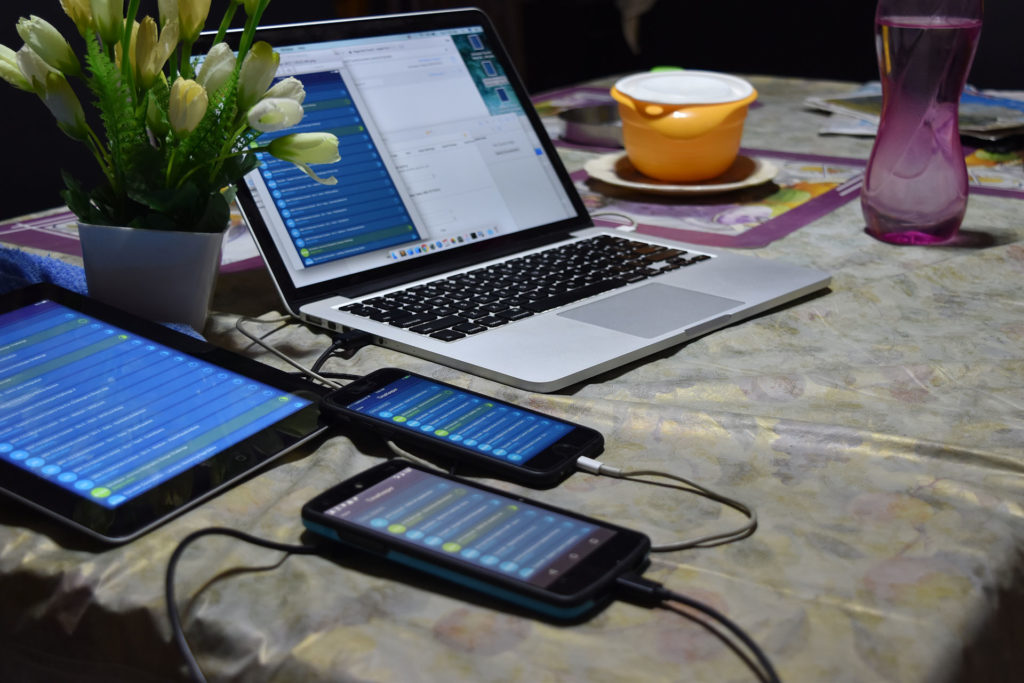 Later, I enhanced this with a newer design and some more pages: 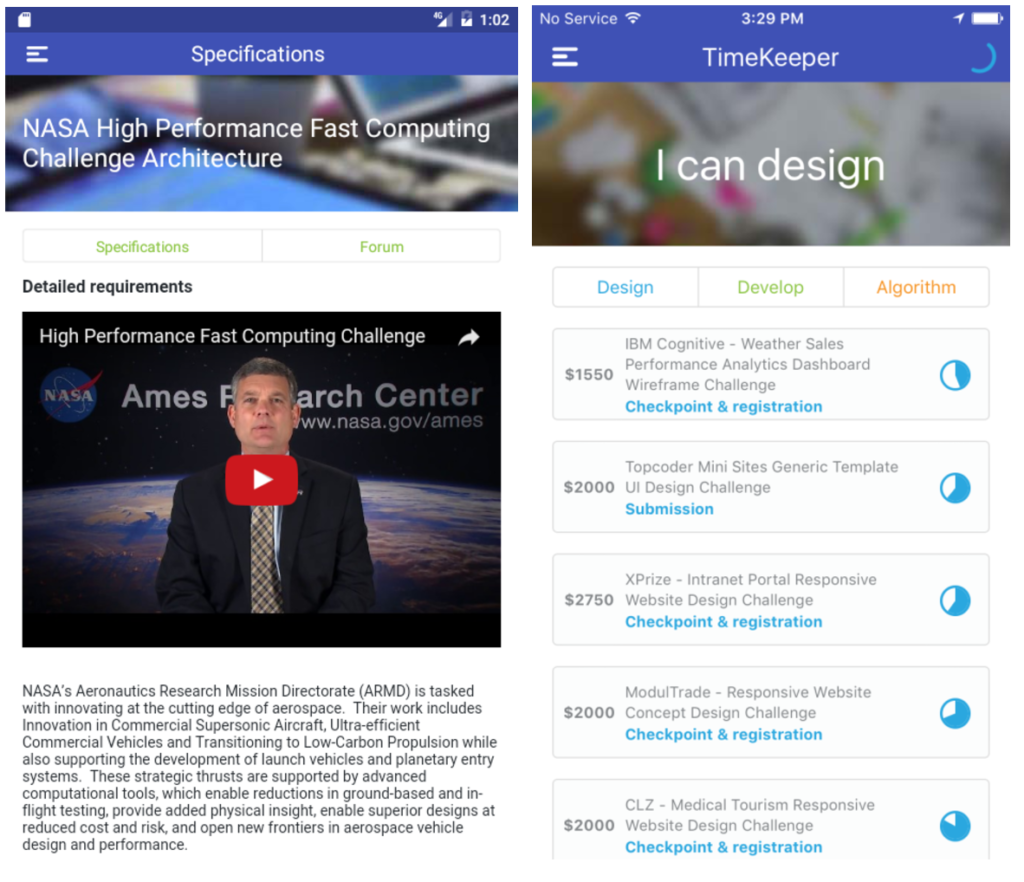 This time it was approved by Apple; the status was “Ready for Sale.” It was a serene feeling to have built my first iOS app hosted on the App Store so that everyone could download it.

What are a few things that could be useful to new developers?

What do you like most about being part of the Topcoder Community?

There are several things these are the most important to me:

Why should more people join?

One should join the Topcoder Community for any of these reasons:

Learn more about the Topcoder Community and get your project started today.