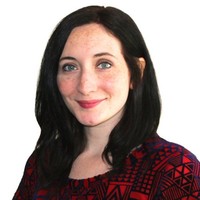 If you’re not familiar with blockchain technology, the time has come to get acquainted with it. I’ve read beginner guides promising simplicity and understanding, and most didn’t help me make sense of it. That’s partly because learning about a new technology can feel like needing a dictionary to read an encyclopedia.

You’re probably reading this because blockchain is for you, or because you’d like to be able to discuss it confidently at your next Silicon Valley-themed dinner party — complete with Kumail Nanjiani cutout. In either case, finally: I present a crash course on blockchain that won’t confuse you further.

To understand blockchain, it helps if you get to know bitcoin first. Bitcoin is an unregulated digital currency, designed to provide “trustless” transactions through an open ledger system. This means that transactions between individual parties don’t need all the massive trust systems we currently use (e.g., a bank, a check clearing house, a card processor) in order to be safe and valid. Instead, public publishing of the transactions and cryptography are used to ensure the legitimacy of the transactions. (Cryptography being a method of storing and transmitting data in a certain form so that only those for whom it is intended can read and process it.) In order to do this securely, bitcoin transactions are stored and transferred using a distributed ledger on a public, open peer-to-peer network. That ledger is called a blockchain.

To put it simply: bitcoin is an application that relies on a blockchain, a cryptographically validated public ledger. Because of this, once made, entries can’t be edited or deleted but can be appended with an updated value by adding a new block to the chain of blocks that make up the ledger that are then distributed around the network for validation.

Many of our current transaction systems suffer from certain limitations that blockchain can avoid or eliminate altogether. For instance, the money you use to pay your credit card bill may leave your checking account quickly but take days to settle. And cash has obvious limitations; it’s only good in person, locally, and in relatively small amounts. Add to that: fraud, cyberattacks, and old-fashioned human error, and you begin to see the appeal of a system like blockchain — in theory, anyway (and, as it becomes more widely understood and secure, in practice).

Why businesses are beginning to care about blockchain technology

In a recent blockchain study, IBM found that one-third of almost 3,000 executives surveyed are already using or considering using blockchain technology in their business. And the full 100 percent of those surveyed expect that blockchain will be instrumental in supporting their business. Blockchain distills down systems of systems into a shared online ledger that can track everyday essentials — from expiration dates to serial numbers. It’s a many-copied public ledger that is validated by the crowd participating in the system — whether you’re a banker, a government agency, a consumer, and so on.

On their THINK blog, IBM details several use cases for blockchain, such as tracking high-value luxury goods, digitizing and sharing documentation for global trade and shipments, circulating and transferring government files, and managing food safety. Blockchain has become a proven way for business operations across all industries to become efficient and accountable, for the benefit of both businesses and their customers.

As blockchain has become more prevalent, the demand for blockchain expertise has increased rapidly. We recently unveiled the Topcoder Blockchain Community, our expert community of Topcoder members who specialize in blockchain technology and want to continue developing their skills by competing in blockchain-related challenges for Topcoder customers.

We recently finished a series of blockchain challenges with IBM and Wipro, with our developers working on real-life problems to be solved using blockchain. After the first challenge, John Wolpert, Director of Blockchain Ecosystem at IBM, said, “The ideas were surprising and insightful and their execution showed high-quality work.” Similarly, Topcoder is currently working with ConsenSys to foster the blockchain community’s expertise with Ethereum. We’ve already launched two challenges that introduce Ethereum and the tools to work with Ethereum, such as MetaMask and Truffle, by running through existing tutorials. These efforts will lead to a hackathon using ConsenSys’s identity management product called uPort. In early December, we’ll launch this hackathon to help expand the reach and effective use cases using uPort and Ethereum blockchain.

Now with the Topcoder Blockchain Community, any business can find developers with the expertise they need to succeed with blockchain technology.

ECMAScript 6 (the next version of JavaScript) should be rolling out in browsers sometime this year. If you wan...
Read More